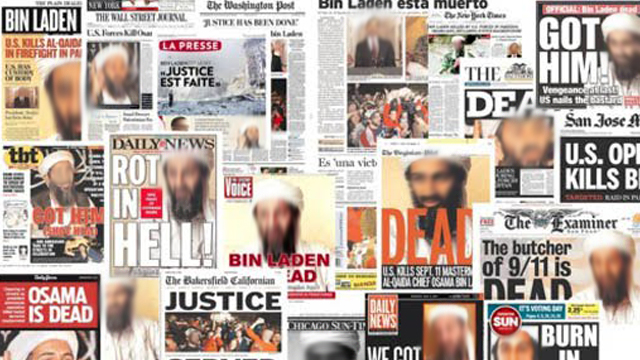 Question: The [recent] bombing [incident] has disturbed us [Muslims], just as [I’m sure] it has disturbed every [other] person with a conscience; this is [something] you warned about in the khutbah – may Allaah grant you success, and [as outlined] in the [official] statement of the Council of Senior Scholars. However, that which has disturbed us greater is the onslaught of the newspapers and media in attacking the religiously devout [amongst us]. So what is your advice regarding the likes of this situation – and may Allaah [continue to] grant you success?

Response: I say, the attack [emanating] from the[se] [morally] corrupt people against the religiously devout [Muslims] when such an incident occurs is something which is expected. That is because the likes of these [people] take advantage of and seize these opportunities to speak as they wish. And this is from [amongst] the harmful effects of these bombing incidents. Certainly, from the harmful effects is that people begin looking at every religiously devout [Muslim] with suspicion, whereas we know it is not possible for the one who [correctly] adheres to the true religion to do such an evil & reprehensible act. In fact, the religiously devout [Muslims] free and distance themselves from this [heinous] act and reject it [both] in their hearts and with their tongues. However, the[se] [morally] corrupt people take advantage of every situation where they see evil and corruption and then speak as they wish. However, I say that Allaah the Most High said in His Book:

{And indeed We have created man, and We know what his own self whispers to him. And We are nearer to him than his jugular vein (by Our Knowledge). (Remember) that the two receivers (recording angels) receive (each human being), one sitting on the right and one on the left (to note his or her actions). Not a word does he (or she) utter but there is a watcher by him ready (to record it).}, soorah Qaaf, aayahs 16-18

However, there is another [serious] matter, and that is – amongst the general [Muslim] public there are some who are ignorant, and [in their ignorance] they prohibit their children from becoming religiously devout, saying to them ‘look what the religiously devout ones have done’; and this is [utterly] wrong. This is because those who have done these [evil and wicked] acts were not dictated to do so by their religion; if [indeed] they returned [their affairs] back to the text of the Book and the Sunnah, they would have learnt with certainty that this action is prohibited, and it [certainly] does not draw [its perpetrator] near to Allaah, rather, this is aggression and hostility towards the servants of Allaah (‘Azza wa Jall). So it is not befitting for the general [Muslim] public to conclude from this [transgression] a reason to warn their children against being religiously devout upon the correct and authentic methodology.