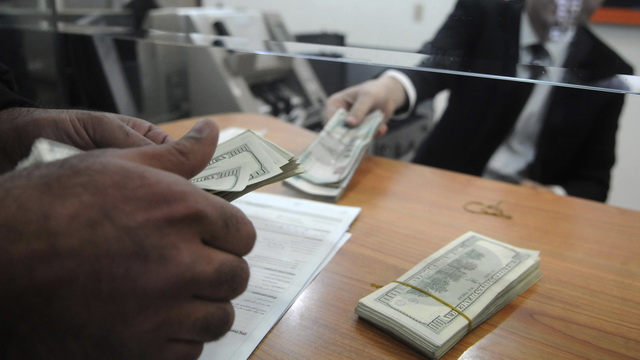 Question: Is it permissible for a Muslim [living] in a non-Islaamic country to deposit his money in a bank, and receive non-Sharee’ah compliant profits, [bearing in mind] there are no Islaamic corporations in that country?

Response: Whether or not there are so-called Islaamic corporations, it is not permissible for whoever [truly] believes in Allaah and the Last Day to deposit his money in a bank; whether he was in an Islaamic or non-Islaamic country, and whether he received a non-Sharee’ah compliant gain – or as they [incorrectly] call it: ‘profit’. [Rather], it is [instead] correct to say ‘ribaa’. And [as such] it is not permissible to refer to ribaa as ‘profit’, and nor [is it permissible] to take it.

And many people believe that if they deposit their money in the bank and don’t take any ribaa, then there is no harm [in doing that]; however, such a person is either ignorant or disregarding the likes of the statement of the Prophet (sal-Allaahu ‘alayhi wa sallam) [in the hadeeth of Ibn Mas’ood (radhi-yAllaahu ‘anhu)]):

…so [by not taking ribaa from the bank] he is [rightfully] not consuming ribaa, however, [by depositing his money in the bank he is aiding the bank in] offering [his money to others upon which the bank then charge] others interest. So [because of this] it is absolutely not permissible to deposit money in the bank, because the capital of the banks is made up of the money which has been deposited by the people. [The way the banks operate is that] people come to the bank for loans, and the bank charges them interest [on these loans]; so the source [of these loans] are the [funds of the] people who [initially] deposited their money [in the bank].

And the likes of these people say they are excused from [this prohibition of] depositing their money in the banks because if they do not deposit [their money] in the banks it could be stolen, or they could be killed [as a result of someone trying to steal their money].

So [in response to the likes of these people], I say: It is as if one from amongst them imagines wherever he goes, he is carrying a banner upon which is written ‘I am a millionaire’! Suffice yourself with putting your money [away] in a safe place, and then place your trust in Allaah; [Certainly] if you were to do that, do you [honestly] believe that Allaah (‘Azza wa Jall) will disappoint you, and allow thieves to overpower you? Allaah (Subhaanahu wa Ta’aala) says:

{And whoever fears Allaah – He will make for him a way out. And will provide for him from where he does not expect}, soorah at-Talaaq, aayahs 2-3

You see, if a Muslim was not to deposit his money in the bank – out of his fear of Allaah, then has he not feared Allaah [as He deserves to be feared]? There is no doubt in that! So what [could you imagine] will be the reward for he who feared Allaah because of this very aayah? Allaah will certainly make a way for him.

Because of this, we are in [desperate] need of waking up from this [dormant state of] negligence which has overcome our hearts, and [sadly] our concern continues to remain a materialistic one.