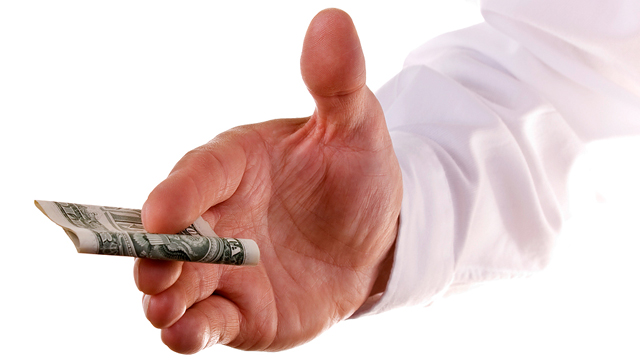 Question: What is the ruling regarding paying a bribe in order for a person to get his job done?

Response: The people of knowledge say that if a person pays money in order to receive what is rightfully his, then this is not [regarded as] a bribe, however, the sin is upon the one taking it!

So, if it is not possible to get those jobs done which are required of you except by paying those employees [to facilitate your jobs], then pay them and the sin is upon them.

[That said], if it is possible to raise the matter with those in charge in order to discipline these employees [to facilitate your jobs] then don’t pay them, instead, raise the matter.

However, that which is the case in the country the questioner is talking about is that this is not possible, in which case it is imperative a person gets his rights using whatever means; So if he was to give him (the employee) something to get his job done, then there is no harm in him doing so whilst the sin is upon the one taking [the bribe], this is what the Scholars have said.