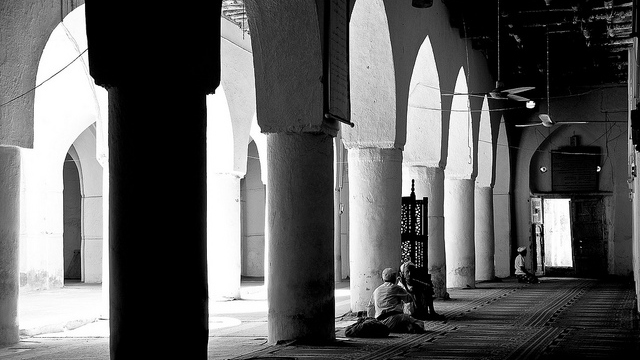 One night while we were recording the radio programme “Noor ‘alad-Darb”, the Shaykh appeared as if he were overcome by the desire to sleep, and from that which is known about the Shaykh is that he has much patience, tolerance and endurance towards anything within which there is benefit for the ummah. As such, he fought off his sleep and we continued with the recording.

Later he stopped and asked for an extension cable to the microphone so he could continue answering the questions whilst standing. So I gave him a small microphone [which he was able to attach to his clothing] with an extension cable. The Shaykh then continued answering the questions whilst walking to and fro within the room, in order to stay awake. He continued in this manner until we finished the [recording] session.

These are the attributes of the real scholars and the importance they attach to the affairs of the ummah, both with their knowledge and actions.