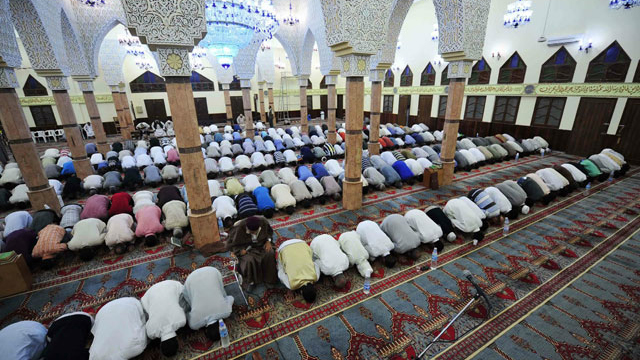 Question: [What is] the ruling of [performing] the prayer between the pillars?