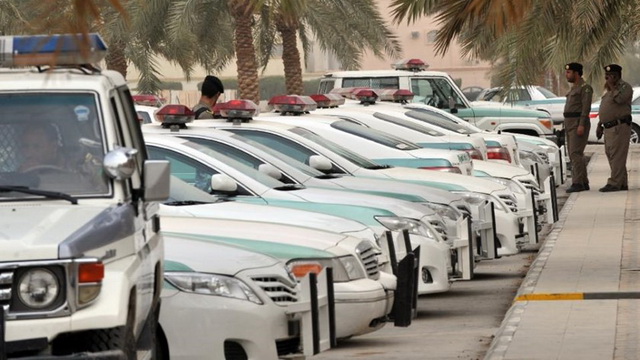 Question: Your ‘children’ at the front lines are asking you, noble Shaykh, whether they will get the reward of those who fight in the way of Allaah (Subhaanahu wa Ta’aala). As you know, they are facing an enemy that has not only consistently broken all treaties, but has also shown lack of any humanity. They also ask “Defending one’s country, honour or land – are these considered jihaad?” They further ask you to advise them with anything you may deem pertinent.

{O you who believe! Endure and be more patient [than your enemy], and guard [your territory by stationing army units permanently at the places from where the enemy can attack you], and fear Allaah, so that you may be successful}, [Soorah Aal-‘Imraan, Aayah 200]

«Guarding the front lines for a day and night in the path of Allaah is better than fasting and praying [at night] for a month. If he dies, the deeds that he used to do continue for him, and He will continue to receive his sustenance, and he will be safe from the trials [of the grave]», [transmitted by Muslim – No.1913]

In Saheeh al-Bukhaaree, it is recorded that the Prophet (sal-Allaahu ‘alayhi wa sallam) said:

«Whoever’s feet become dust-covered in the path of Allaah, Allaah will make the Fire [of Hell] forbidden to him», [transmitted by al-Bukhaaree – No.907]

There is no doubt that protecting one’s religion, self, family, wealth or country – all of these are among the legislated types of jihaad. Whoever is killed in such cases, while being a Muslim, he is included under the description “martyr” due to the saying of the Prophet (sal-Allaahu ‘alayhi wa sallam):

We advise you, defenders of the front lines, to fear Allaah (Subhaanahu wa Ta’aala), to purify your intention for Him in all of your actions, to pray your five prayers in congregation, to remember Allaah (Subhaanahu wa Ta’aala) frequently, to be steadfast in obedience to Allaah and His Messenger, to strive toward unity, to avoid disunity, to have patience which will bring tranquility, to think well of Allaah, and to beware of disobeying Him in any way.

From the most comprehensive of Aayaat concerning what we have mentioned is the saying of Allaah in Soorah al-Anfaal:

{O you who believe! When you meet [an enemy] force, take a firm stand against them and remember Allaah much [both with tongue and mind], so that you may be successful. And obey Allaah and His Messenger, and do not dispute [with one another] lest you lose courage and your strength depart, and be patient. Surely, Allaah is with the patient}, [Soorah al-Anfaal, Aayaat 45-46]

May Allaah correct your steps, make you steadfast in His religion, aid you and those with the truth, and with you disgrace the falsehood and its people. Indeed, the affair belongs to him, and He is All-Capable.