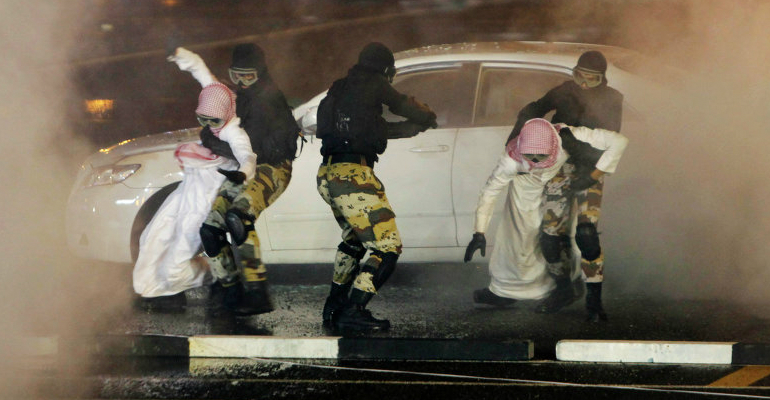 The Kingdom takes a firm stance against all forms of terrorism whether at the local or international level. It takes significant concrete steps in the fight against the dangerous phenomenon and its devastating consequences. In addition to its leadership at conferences and meetings, Saudi Arabia was the first country to sign a treaty against international terrorism at the OIC in May of 2000.

The clear efforts carried out by the Kingdom have earned it accolades, most recently two days ago at the 71st Session of the United Nations General Assembly.

UN Secretary-General Ban Ki-moon expressed his appreciation for the Kingdom’s efforts and contributions to the fight against terrorism in a statement by deputy spokesman Farhan Haq.

“I emphasize the appreciation of the secretary-general for the contributions made by the Kingdom to the fight against terrorism, including its funding for the Counterterrorism Center,” he said. The Kingdom has provided more than $110 million in funding for the center established in 2011.

On the local level, the Kingdom has fought terrorism by increasing and improving preventative security measures as well as through the actions of security personnel in security confrontations with terrorists.

Saudi security personnel have achieved remarkable results in dealing with such criminals without endangering the lives of citizens living in neighborhoods where the terrorists hide. A remarkable 95 percent of terrorist operations have been thwarted, thanks to a comprehensive security strategy put in place by security authorities. Authorities have also been able to weaken the means of funding and support for the terrorists who also present a danger similar to those carrying out operations on the ground.

The Kingdom has made significant efforts in fighting money laundering by amending its anti-money laundering regulations issued in Royal Order No. M/31 on 11/5/1433 to include many additional and applicable local and international requirements. The Kingdom also hosted a number of conferences, seminars, and training which dealt with money laundering, such as the 15th meeting of the Financial Action Task Force for the Middle East and North Africa in April 2012 in Jeddah.

Through other measures, the Kingdom has improved the means to organize and monitor the entry and exit of funds in order to ensure that funds are documented and bankers keep records of buyers and sellers. Inspections and supervision of money exchange companies are a regular occurrence.

Through its Standing Committee on Anti-Money Laundering, chaired by the Saudi Arabian Monetary Ageny (SAMA) governor, the Kingdom has also formed four working teams concerned with risk, applicants, mutual assessments, and statistics, in order to be aware of developments related to these issues and take practical steps to apply recommendations.

On the international level, the Kingdom has worked to stop the flow of resources of to terrorism and has fought Daesh as part of an international coalition to combat terrorist groups. The Kingdom has monitored for years the actions of such groups in surrounding countries, and has taken steps to close down organizations that fund these organizations under the cover of charity. Additional laws have been passed criminalyzing the funding of terrorism. The Islamic Coalition of 40 states committed to the fight against terrorism recently selected Riyadh to host its meeting to address bilateral efforts in this regard.

The Kingdom also played a prominent role in recent years in helping uncover terror plots and the infiltration of terrorist elements into European cities. In October 2015, British Prime Minister David Cameron revealed his country had received information from the Kingdom about a suicide bombing in London; in 2010, information from the Kingdom uncovered a terrorist attack using bombs on a ship from Yemen to the United States. At the time, President Obama thanked the Kingdom for its role in preventing the planned operation. Security officials from the Kingdom also met with their German counterparts to exchange information and about a terrorist attack that occurred in Germany when the perpetrator had used a Saudi telephone line to contact a Daesh member.