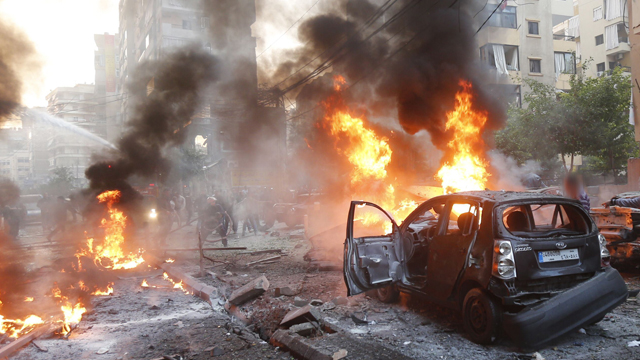 Saudi Arabia’s top religious scholars have pledged their support for the measures Riyadh has taken to defeat the so-called Islamic State (IS) terrorists, and its ban on citizens fighting in overseas conflicts.

The Council of Senior Islamic Scholars issued a statement on Wednesday warning Muslims against joining militant groups, saying their “deviant doctrine” has no place in Islam.

It said Islamic law prohibits Muslims from fighting overseas, and ignoring the warnings of their rulers. It equated the terrorist acts of IS, Al-Qaeda and Huthi militants to the crimes being perpetrated by Israeli occupation forces.

“We support the government’s efforts to track down the followers of terrorist groups such as IS, Al-Qaeda, the Huthis and Hezbollah and those with allegiance to foreign political parties, to protect the Kingdom and its people from their evil,” the statement said. The scholars called for the prosecution of “inciters” involved in recruiting militants to join the conflicts in Iraq and Syria.

IS fighters ­— already well established in Syria — have seized vast swathes of territory in neighboring Iraq since June, and have carried out beheadings and other atrocities. Saudi Arabia is a key regional partner of a US-led international coalition.

The Kingdom hosted a summit last week in Jeddah with Secretary of State John Kerry and foreign ministers of 10 Middle East countries that aimed to build a coalition against the militants.

At another meeting four days later in Paris, Foreign Minister Prince Saud Al-Faisal backed plans to bomb IS strongholds in Syria. To be totally effective, he said the fight against terrorism should continue for at least 10 years.

The scholars criticized clerics who issued religious edicts, or fatwas, justifying terrorism, saying they should be arrested and tried in court. They also urged the public not to indulge in criminal acts by sheltering followers of terrorist groups. They advised Islamic scholars to guide Muslims to take a strong stand against IS and other militant groups. They described terrorism as a heinous crime, adding that those who commit such acts deserve harsh punishment. The statement was signed by 20 prominent scholars in the country, including Abdullah Al-Turki, secretary-general of the Muslim World League.

“Extremism and terrorism that cause corruption and destruction on earth has nothing to do with Islam,” the statement said, quoting Qur’anic verses and Hadith of Prophet Muhammad (peace be upon him).

The scholars praised Custodian of the Two Holy Mosques King Abdullah for warning world leaders that if they do not attack terrorism now it would strike them sooner or later. They blamed the international community for failing to stop the continued Israeli aggression against the Palestinians.

The scholars warned Muslims against running after those people who produce corrupt and false slogans and try to divide the Ummah. They also denounced the move by some writers to use educational curricula and religious books in the country to spread ideas on terrorism.

The scholars’ statement “is the beginning of an information campaign to counter Islamic State’s religious credibility,” said Theodore Karasik, director of research at the Institute for Near East and Gulf Military Analysis in Dubai. “It seems to be a direct result of last week’s Jeddah meeting.”