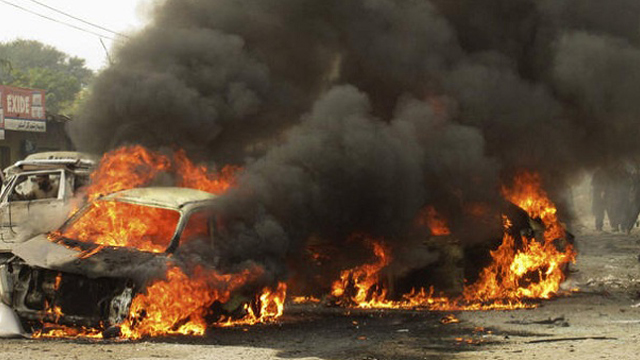 Terrorism is a heinous crime and its perpetrators deserve deterrent punishment, said the Saudi Scholars Commission and Ifta Council in a statement here on Wednesday.

It said terrorism, which is rejected by Shariah, is contradictory to the principles and purpose of Islam, which came as a mercy to the world and for the goodness of mankind.

Tolerance is the essence of Islam, which came to maintain coexistence and peace on earth, the senior Ulema (Islamic scholars) said at the conclusion of the Council’s 80th session.

They said that those who equate terrorism with jihad are misled and ignorant.

“Terrorism has nothing to do with jihad, and Islam rejects the deviant thought which causes bloodshed,” the statement carried by the Saudi Press Agency said.

It described terrorism as any crime aimed at corrupting and undermining security, offenses against lives or property, homes, schools, hospitals, factories, bridges, state facilities or oil and gas pipelines, or blowing up or hijacking aeroplanes.

The statement said that groups like ‘Daash’ (the self-proclaimed Islamic State), Al-Qaeda, the so-called Ahl Al-Haq groups, Hezbollah and the Houthis are forbidden and criminalised as are the acts of terror perpetrated by the Israeli occupation.

The scholars supported the measures taken by the authorities against those belonging to the above mentioned terrorist groups or those having foreign political allegiance.

Signed by all 21 members of the council and quoting extensively from the Holy Qur’an and sayings of Prophet Muhammad (peace be upon him), the statement also prohibits militant financing or encouraging young people to engage in militant acts.

It said people who issued fatwas or views that “justify terrorism” were not permissible in any way and were “the order of Satan.”

The council urged everyone to utilize all means to strengthen unity and cohesion.

It warned against deviant intellectual trends and prohibited citizens from going abroad to areas of conflict and strife since that would amount to disobedience to the pledge of allegiance to the ruler.

The scholars advised everyone to adhere to the right path based on the Holy Qur’an and Prophet’s Sunnah according to the understanding of the righteous ancestors and whoever follows them. They emphasized the need to support the leadership of the Kingdom and its scholars.

The Kingdom’s Grand Mufti, who heads the Scholars Commission and Ifta Council, has already described militants of the so-called Islamic State and Al-Qaeda as Islam’s foremost enemy in a series of public comments in recent weeks.