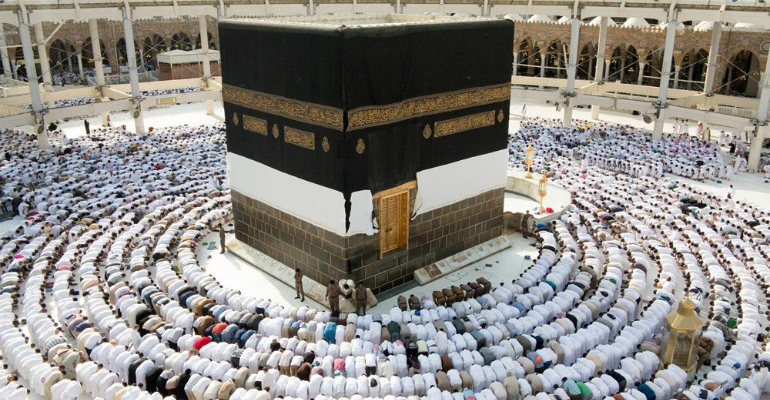 Hajj is not a platform for politics or sectarianism, but for unity among Muslims, the head of the General Presidency for the Affairs of the Two Holy Mosques, Abdulrahman Al-Sudais, told a Hajj symposium in Makkah.

The symposium aims to promote peace during Hajj, and the Kaaba and Prophet’s Mosque are symbols of peace, he said.

The world is suffering from terrorism, violence and sectarianism, he said, adding that justice, security and peace are common objectives of all religions and divine messages. Peace should be the basis of relations between peoples, groups and countries, he said.

Hajj is a time for the world to see Muslims coming together, equal in rights and duties, and surrounded by peace and love, he added.

Al-Sudais presented a series of recommendations, including publication of a global encyclopedia on peace in Islam in all languages, using the Hajj season to spread the spirit of peace among Muslims, and establishing specialized research centers in universities concerned with peace.

The minister of Hajj and Umrah, Mohammed Salih Bentin, expressed hope that the symposium will boost the message of moderation, Islamic good values, brotherhood, peace and unity between Muslims and humanity as a whole.

The number of pilgrims has so far reached 1.6 million, and is expected to hit 2 million on the day of Arafat, he said. Saudi Arabia is honored to serve the guests of Allah and care for the Two Holy Mosques, and has spared no effort to ensure pilgrims’ comfort, he added.

The grand mufti of Croatia, Sheikh Aziz Hasanovic, thanked the Kingdom for its efforts in serving Islam and Muslims.