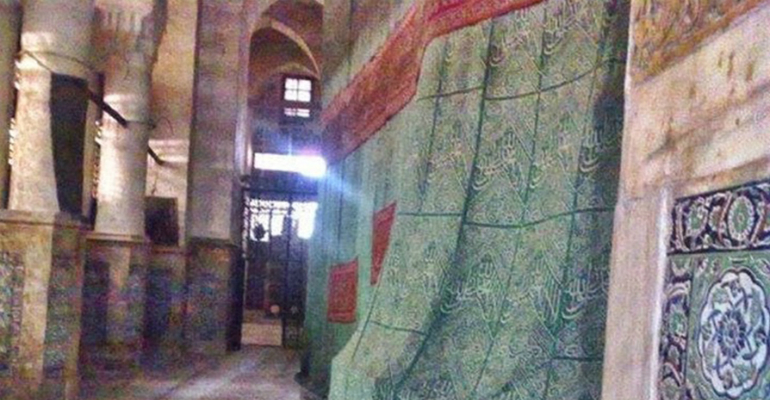 Question: It is mentioned therein the advice from Makkah al-Mukarramah that al-Haaj ‘Abdullaah ibn Mustafaa said:

And if I am lying, then may I die upon the religion of disbelief (kufr).”

Is this statement true or a lie?

Are the people who go and visit the dome, carrying with them a chicken or a female sheep (ewe) and then slaughter it by the dome wherein lies the deceased, saying that the deceased is a marabout[1]; Is this halaal or haraam?

Response: Firstly, this dream is falsehood. There is no source to [confirm] it’s [authenticity with respect to the teachings of the Qur.aan and the authentic] Sunnah; It is from the type of dream attributed to the custodian of the Prophet’s Chamber [in Madeenah], and the Noble Shaykh, ‘Abdul-‘Azeez ibn Baaz has already written a comprehensive refutation which has been published in the local [Saudi] newspapers and elsewhere.

Secondly, circumambulating around the graves is prohibited, and if he intended by it to [spiritually] draw near to the deceased [lying therein] then this is [classified as] major shirk which renders him out of the fold of Islaam; Because [the physical act of] circumambulating is an (act of) worship, as Allaah (Subhaanahu wa Ta’aala) says:

{…and circumambulate the Ancient House (the Ka’bah at Makkah)}, soorah al-Hajj, aayah 29

…and performing an act of worship or anything of it for other than Allaah is shirk.

Thirdly, offering a sacrifice by the grave side is prohibited, and if he intended by it to [spiritually] draw near to the deceased lying in the grave, then it is [classified as] major shirk, as Allaah (Subhaanahu wa Ta’aala) says:

{Say (O Muhammad [sal-Allaahu ‘alayhi wa sallam]): “Verily, my Salaah (prayer), my sacrifice, my living, and my dying are for Allaah, the Lord of the ‘Aalameen (mankind, jinn and all that exists). He has no partner. And of this I have been commanded, and I am the first of the Muslims.”}, soorah al-An’aam, aayah 162-163

And an-Nusuk (the sacrifice), is the slaughter, as the Prophet’s (sal-Allaahu ‘alayhi wa sallam) said:

«Allaah has cursed the one who slaughters for other than [the name of] Allaah», transmitted by Muslim

And with Allaah lies all success and may Allaah send prayers and salutations upon our Prophet Muhammad (sal-Allaahu ‘alayhi wa sallam) and his family and his companions.

Footnote:
[1] Arabic murabit (“one who is garrisoned”); member of a Muslim religious community of ascetics living in a ribat, a fortified monastery, serving both religious and military functions.