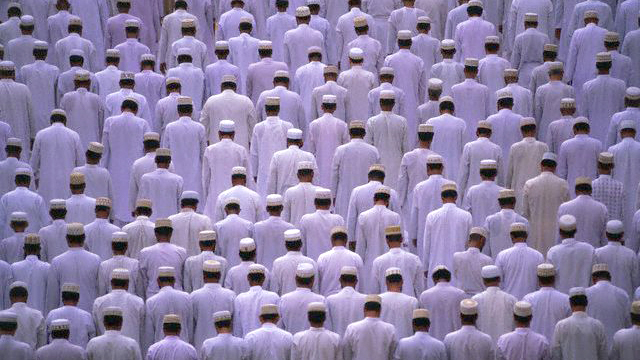 Response: Yes; it is obligatory upon him to pray [the ‘ishaa prayer] with the rest of the congregation, and not to delay it and pray by himself – [whether] during the [last] third of the night or the middle of the night. If the Muslims pray at the early time [of the ‘ishaa prayer], then he [is required] to pray with them and not delay it until the [last] third of the night – assuming it to be better, and thereby missing the [prayer in] congregation.