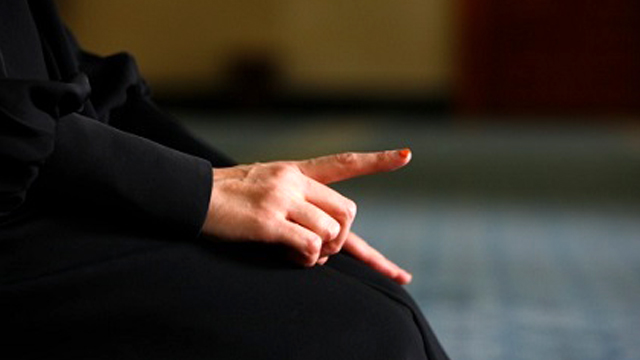 Question: What is the manner [in which] the [index] finger should be moved during the prayer in tashahhud?

Response: There is the hadeeth of Waa.il ibn Hajar[1] [wherein it mentions] he saw the Prophet (sal-Allaahu ‘alayhi wa sallam) when he was sitting in tashahhud in prayer, and he said: And I saw him moving his finger and supplicating [as he was moving] it.

This movement does not mean [simply] raising and lowering [the finger], since no hadeeth exists to suggest this; Rather, that which is intended by the moving [of the finger] is moving it [whilst it is extended from the resting clenched hand] in its place.

And it has been authentically reported from Imaam Ahmad, that he said: “And it is to be moved vigorously.”[2]