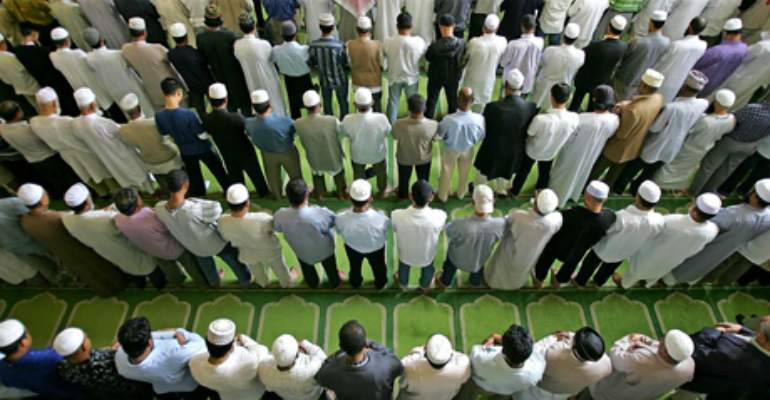 Response: [As a rule] there is no harm in you praying it (the taraaweeh prayer) at home, since it is [a] voluntary [prayer]. However, praying it together with the imaam in the masjid is better – following the example of the Prophet (sal-Allaahu ‘alayhi wa sallam) and his companions (radhi-yAllaahu ‘anhum). And [this is] based upon what the Prophet (sal-Allaahu ‘alayhi wa sallam) said to his companions when he prayed the taraaweeh prayer on some of the nights until a third of the night, and [then] some of them [who sought to pray more] said to him “O Messenger of Allaah, if [only] you [continued to] lead us in voluntary prayer [for] the remainder of this night of ours.” […to which he responded]:

«Whoever stands [in prayer] with the imaam until he finishes, Allaah will record for him [the reward of] spending the entire night in prayer.» – transmitted by Ahmad, Abu Daawood, an-Nasaa.ee, at-Tirmidhee and Ibn Maajah. They [all] transmitted it with a Hasan chain of narration, from the hadeeth of Abu Dharr (radhi-yAllaahu ‘anhu).