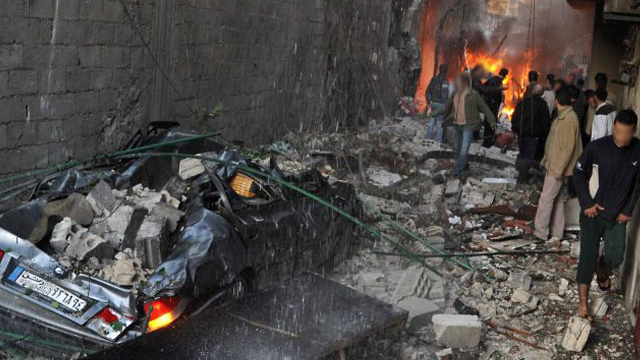 Deputy Crown Prince Mohammed told a news conference late Monday that the alliance will set up a joint operations center based in Riyadh to “coordinate and support military operations to fight terrorism” across the Muslim world.

All the group’s members are part of the larger Organization of Islamic Cooperation, which is headquartered in Jeddah.

A joint statement carried by the Saudi Press Agency (SPA) said more than ten other Islamic countries, including Indonesia, have also expressed their support for this alliance and will take the necessary measures in this regard.

It said Islam forbids “corruption and destruction in the world” and that terrorism constitutes “a serious violation of human dignity and rights, especially the right to life and the right to security.”

The statement said the alliance affirms “the principles and objectives of the charter of the Organization of Islamic Cooperation (OIC), which calls for member states to cooperate to combat terrorism in all its forms and manifestations and rejects all justifications and excuses for terrorism.”

“Achieving integration, closing ranks and uniting efforts to combat terrorism, which violates the sanctity of people’s lives, threatens regional and international security and peace, poses a threat to the vital interests of the nation and undermines coexistence in it,” the statement added.