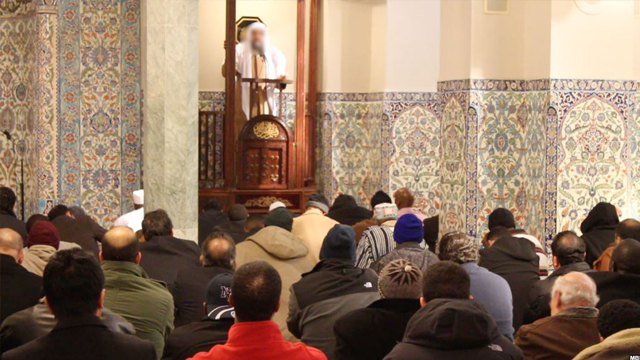 Question: What should the worshipper do on the day of jumu’ah, if he arrives for the [jumu’ah] prayer and finds the imaam in the final tashahhud; Should he make up [for the missed prayer] by praying four [raka’aat] or should he pray [just the] two?

Response: If the worshipper arrives for the jumu’ah prayer and [finds] the imaam in the final tashahhud, then he has missed the jumu’ah prayer. So he should join the imaam [in prayer, making the intention to] pray [four raka’aat of] the zhuhr [prayer]. This is based upon the statement of the Prophet (sal-Allaahu ‘alayhi wa sallam):

«Whoever catches a rak’ah of the prayer, then he has caught the prayer», [transmitted by al-Bukhaaree No.580 and Muslim No.607].

So the derived understanding [from this hadeeth] is that whoever has caught any less [part] of the prayer than that, then he has not caught the prayer [at all].

And it has been reported from the Prophet (sal-Allaahu ‘alayhi wa sallam) that he said:

…meaning that he has caught the jumu’ah prayer if he stands [for the prayer] and prays the second rak’ah.