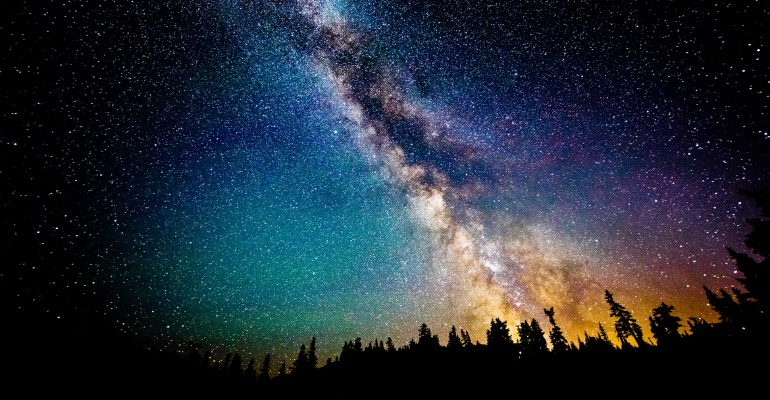 All praise is for Allaah; and may Allaah send prayers and salutations upon the Messenger of Allaah, his family and his companions.

There is no doubt that the incident of al-Israa. and al-Mi’raaj is [from] among the great signs of Allaah, indicating the truthfulness of His Messenger, Muhammad ﷺ, and the greatness of his position with Allaah. It is also among the evidences showing the ability of Allaah (Subhaanahu wa Ta’aala) and it is proof that Allaah is above all His creation. Allaah has said:

{Glorified be He Who took His slave for a journey by night from al-Masjid al-Haraam to the Farthest Masjid (in Jerusalem), the neighbourhood whereof We have blessed, in order that We might show him of Our Aayaat (proofs, evidences, lessons, signs, etc.). Verily, He is the All-Hearer, the All-Seer}, [Soorah al-Israa., Aayah 1]

It has been narrated from the Messenger of Allaah ﷺ that Allaah (Subhaanahu wa Ta’aala) ascended him to the heavens, and it’s doors were opened for him through to the seventh heaven. Therein His Lord spoke to him what He intended and prescribed upon him the five [daily] prayers.

This date on which al-Israa. and al-Mi’raaj occurred has not been established in the authentic ahaadeeth, neither during the month of Rajab nor in any other month. All that has been mentioned concerning the date of occurrence of al-Israa. and al-Mi’raaj is deemed among the scholars of hadeeth to be unauthentic. Indeed, Allaah has great Wisdom in causing the people to forget the date of its occurrence. However, even if its date was confirmed, it would nonetheless be impermissible for the Muslims to distinguish that night from other nights by doing anything from among the acts of worship. Neither it would be permissible for them to celebrate it, as the Prophet ﷺ and his companions neither celebrated it nor did they distinguish it with any special acts of worship.

Should such a celebration of that night be lawful, the Messenger ﷺ would have clarified it to the people either by word or deed. And had such a thing occurred, it would have become known and common, and the companions would have transmitted it to us. The companions passed on from their Prophet ﷺ everything which Muslims are in need of. Never were they negligent with regard to the religion. Indeed, they were the first to lead the way to every good. If the celebration of this night had been lawful, they would have been first to do it. The Prophet ﷺ also is the most sincere in guiding people. He most truly fulfilled his mission, and performed his noble duty. If the glorification and celebration of that night had something to do with Islaam, the Prophet ﷺ would never have neglected it nor concealed it. Since nothing about this was narrated from the Messenger ﷺ and his companions, therefore glorification and celebration of that night has absolutely nothing whatsoever to do with Islaam, as Allaah has perfected for this nation its religion, completed His favour upon it and rebuked and refuted the innovators who introduce into the religion that which Allaah has not allowed.

{This day, I have perfected your religion for you, completed My favour upon you, and have chosen for you Islaam as your religion}, [Soorah al-Maa.idah, Aayah 3]

{Or have they partners with Allaah who have made laws for them in religion that which Allaah allowed not? And had it not been for a decisive word, the matter would have been judged between them. And verily for wrongdoers is a painful torment}, [Soorah ash-Shooraa, Aayah 21]

«He who innovates something in this matter of ours that is not of it will have it rejected», [Saheeh al-Bukhaaree 2697 and Saheeh Muslim 1718]

In another wording reported in Saheeh Muslim:

«He who does an act which our matter is not [in agreement] with will have it rejected», [Saheeh Muslim 18]

And in the narration of Saheeh Muslim on the authority of Jaabir (radhi-yAllaahu ‘anhu), who said: The Messenger of Allaah ﷺ used to say in the Jumu’ah khutbah:

«To proceed: Indeed the best of speech is the Speech of Allaah, and the best of guidance is the Guidance of Muhammad ﷺ, and the most evil of affairs are the newly invented ones, and every innovation is misguidance», [Saheeh Muslim 867]

An-Nasaa.ee added, with a good chain of transmission:

It is reported in the Sunan of Abu Daawood and at-Tirmidhee that al-‘Irbaadh Ibn Saariyah said: The Messenger of Allaah ﷺ gave us a sermon by which our hearts were filled with fear and tears came to our eyes. We said, “O Messenger of Allaah, it is as though this is a farewell sermon, so counsel us.” He ﷺ said:

«I counsel you to fear Allaah and to give absolute obedience even if a slave becomes your leader. Verily, he among you who lives [long] will see great controversy, so you must keep to my Sunnah and that of the rightly guided [in beliefs and actions] Khulafaa after me; cling to them stubbornly. Beware of newly invented matters, for every invented matter is an innovation and every innovation is going astray and every going astray is in the Hell Fire», [Musnad Imaam Ahmad, Volume 4, Page 126; Abu Daawood 4607; at-Tirmidhee 2676; Ibn Maajah 42; Saheeh al-Jaami’ 2546]

The narrations of such meaning are numerous. And indeed it has been confirmed that the companions of the Messenger ﷺ as well as the early generations of pious scholars who followed, cautioned and warned against heresies and innovations. These warnings were not mentioned by them except for the fact that innovations are unnecessary additions to the religion. Innovations are something new to Islaam which Allaah has not given permission for.

Also in performing these affairs, a resemblance of the enemies of Allaah (from the Jews and Christians) occurs; in that, they added and innovated in their religions something that they had no permission from Allaah. In addition, any innovation in the religion is implied by the person performing it that Islaam is incomplete and has faults because by innovating and adding to Islaam one accuses Islaam of not being complete. This, of course, is well known to contain a great deal of gross corruption, vile actions, and a contradiction to the saying of Allaah:

{This day, I have perfected your religion for you…}, [Soorah al-Maa.idah, Aayah 3]

…as it is also an obvious contrast to the traditions of the Messenger ﷺ that caution and warn against innovations.

I hope that what was mentioned from the evidences is sufficient and convincing enough for the seeker of the truth in rejecting this innovation (bid’ah) of celebrating the night of al-Israa. And al-Mi’raaj and warning against it because it has nothing to do in anyway with the religion of Islaam.

Since Allaah has obligated to give Muslims sincere advice, to elucidate the Divine laws for them, and has forbidden concealing knowledge, I felt it necessary to call to attention my Muslim brothers against this innovation (bid’ah) which has spread throughout many cities so much so that the people thought it to be part of Islaam.

Allaah is responsible to correct the affairs of all the Muslims and grant them success in comprehending the religion and to give us, along with them, success in holding firm to the truth, ascertaining it, and leaving what opposes it; for Allaah is Capable over all.

May Allaah bless and be merciful upon His Slave and Worshipper and Messenger ﷺ, his family, and his companions.