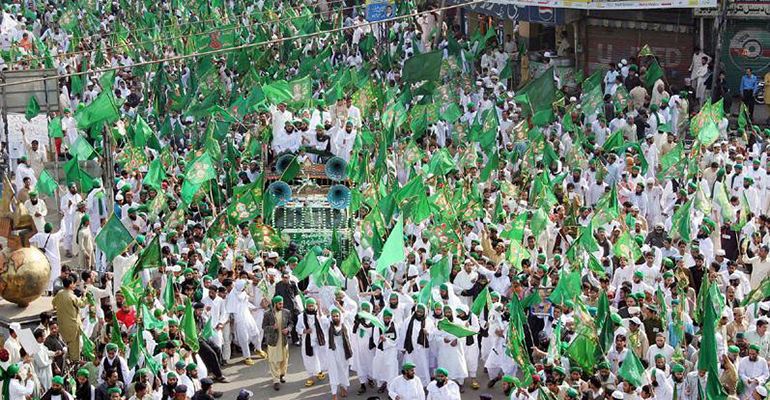 All Praise is due to Allaah [alone], Who has guided us to Tawheed and the Sunnah, and may the prayers and salutations [of Allaah] be upon our Prophet Muhammad, the Prophet of guidance and mercy. To proceed…

These are three important questions related to those who practice the innovation of celebrating the birthday of the Prophet ﷺ.

The first question, “Is this celebration [of the Prophet’s birthday an act of] obedience or disobedience?”

As for if they say it is [and act of] obedience, then they are to be asked another question, “did the Prophet ﷺ known of this [act of] obedience or was he ignorant of it?”

So if they say he (the Prophet) was ignorant of it, then this is accusing the Prophet ﷺ of ignorance, and this is tantamount to disbelief and misguidance, and we ask Allaah for safety and protection [from such a heinous accusation]!

And if they say he knew of this [act of obedience], then they are to be asked another question “did the Prophet ﷺ convey to us this [act of] obedience?” So they will either say “he didn’t” or “he did convey to us”.

If they said “he didn’t convey [this act of obedience]”, then this is accusing the Prophet ﷺ of not conveying the message, and this is tantamount to disbelief in Allaah, as Allaah (Ta’aala) says:

{O Messenger, announce that which has been revealed to you from your Lord, and if you do not, then you have not conveyed His message.} [005:067]

And our belief is that the Prophet ﷺ died having conveyed the message, and fulfilled the trust and advised the ummah.

And if they say “he did convey [this act of obedience] to us”, then they will be compelled with that which Allaah (Ta’aala) commanded with, as mentioned in His (Ta’aala) statement:

And there is no proof or evidence for celebrating the birthday of the Prophet ﷺ; neither from the Book of Allaah and nor from the Sunnah of the Messenger of Allaah ﷺ.

And with this [simple process] the proof will be established upon them that this celebration [of the birthday of the Prophet ﷺ is an innovation and misguidance.

And with Allaah [alone] lies all success.