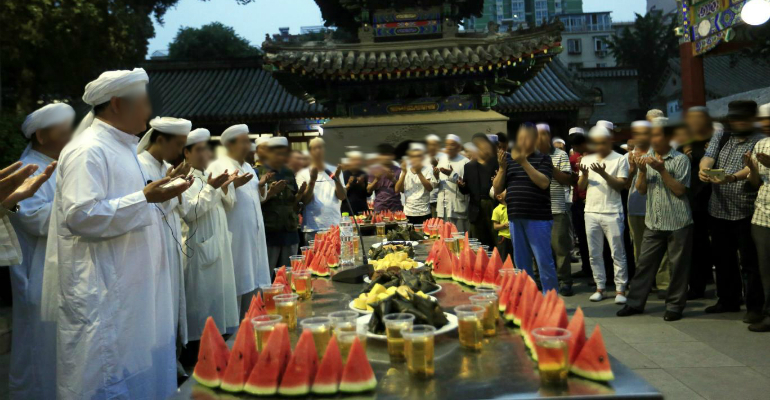 China has marked the start of Ramadan with its customary ban on civil servants, students and children in a mainly-Muslim region from taking part in fasting, government websites said as the holy month started on Monday.

China’s ruling Communist party for years has banned government employees and minors from fasting in Xinjiang, home to the more than 10 million strong mostly Muslim Uighur minority. It has also ordered restaurants to stay open.

The region sees regular clashes between Uighurs and state security forces, and Beijing has blamed deadly attacks there and elsewhere in China on militants seeking independence for the resource-rich region.

Rights groups blame tensions on religious and cultural restrictions placed on Uighurs and other Muslim minorities in the vast area, which abuts Central Asia.

Several local government departments in Xinjiang posted notices on their websites in the last week ordering restrictions on fasting during Ramadan.

During the holy month, the faithful fast from dawn to dusk and strive to be more pious.

“Party members, cadres, civil servants, students and minors must not fast for Ramadan and must not take part in religious activities,” a notice posted Thursday on the government website of central Xinjiang’s Korla city said.

“During the Ramadan month, food and drink businesses must not close,” it added.

A Uighur official in the city’s Tiekeqi township named Ahmatjan Tohti told a group of men wearing traditional doppa hats at a meeting last Monday that officials should “resolutely stop party members, civil servants, students and minors from entering mosques for religious activities” during the festival, a separate report posted on the website last Tuesday said.

A website run by the education bureau of the regional capital Urumqi’s Shuimogou district posted a notice last Monday calling for “prevention of students and teachers from all schools from entering mosques for religious activities”, during Ramadan.

In the northern city of Altay, officials agreed to “increase contact with parents”, to “prevent fasting during Ramadan”, according to a post Friday on the state-run China Ethnicities Religion website.

Meanwhile the website of the Qapqal Xibe Autonomous County government in northwest Xinjiang said Monday that restaurants in the area would be instructed to stay open during Ramadan to “ensure that the broader masses have normal access to cuisine”.

Dilxat Raxit of the World Uyghur Congress, an exile group, condemned the restrictions in an email Monday, adding: “China thinks that the Islamic faith of Uighurs threatens the rule of the Beijing leadership”.

China’s State Council on Thursday released a white paper which declared that religious freedom in Xinjiang “cannot be matched by any other period in history”.

“During the month of Ramadan, Muslim restaurants can decide whether they want to do business. There will be no interference,” it said.

“Local governments ensure that all religious activities during Ramadan go on in an orderly manner,” it added.