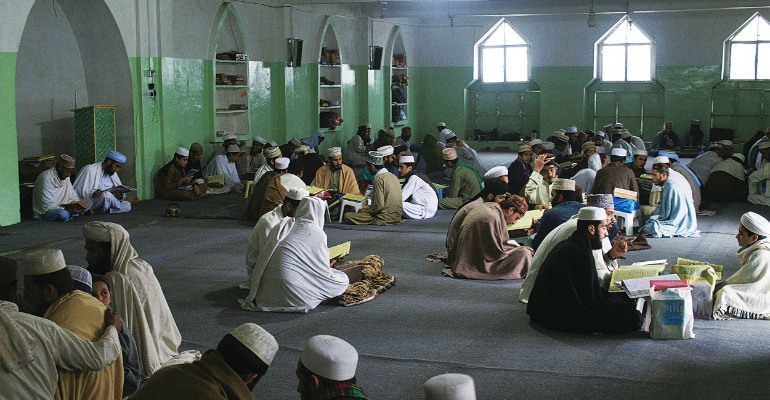 Question: What is your opinion concerning those who travel outside the Kingdom to give da’wah whilst they have never studied/sought knowledge. They encourage this and make odd statements firmly believing that whoever goes out in the path of Allaah for da’wah then Allaah will assist them with “inspirations/revelations” and they also believe that having knowledge is not a condition to do so.

And you know that one who travels outside the Kingdom will find differing madhhaahib and religions/sects with questions which shall be posed to the one giving da’wah.

Is it not your opinion, O Shaykh, regarding the one who travels [outside the Kingdom] in the path of Allaah, that he should be appropriately equipped so that he can face the people, and especially in East Asia where they are actively against the da’wah of Shaykh Muhammed Ibn ‘Abdul-Wahhaab? I request an answer to my question such that benefit can be gained.

And going out calling to Allaah is not specific to any particular day[s] rather one should call to Allaah according to circumstances and abilities, without specifying a group [with which to go out with] nor 40 days or more or less.

And similarly from that which is obligatory upon the caller is to have knowledge. It is not permissible to call to Allaah whilst one is ignorant (lacking knowledge). Allaah (Subhaanahu wa Ta’aala) says:

i.e. upon [sound] knowledge, because it is imperative the caller knows what he is calling to from that which is: waajib, mustahab (recommended), muharram (impermissible) and makrooh (disliked) and also knows what is shirk (associating partners in worship with Allaah), sinning, kufr (disbelief), fisq (openly sinning) and knows the [different] levels and the manner in which to forbid and discourage.