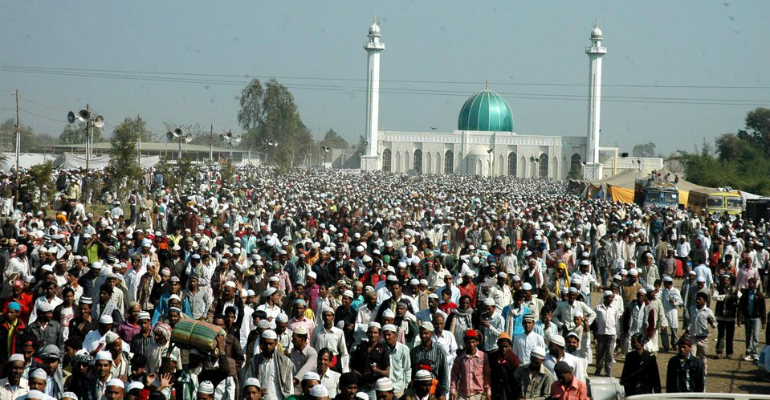 Reference: This fatwa was extracted from the tape: ‘Fatwa Samaahatush-Shaykh ‘Abdul ‘Azeez Ibn Baaz concerning the Jamaa’ah at-Tableegh’ which was published in Ta’if about two years before the Shaykh’s death. The tape refutes the cover-up of the Jamaa’ah at-Tableegh and the old statement of the Shaykh which was published before their reality and manhaj was made clear to him.

Question: Your excellency, we hear about the Jamaa’ah at-Tableegh and that which their da’wah entails. So would you advise me to join this Jamaa’ah. I anticipate your guidance and advice, and may Allaah reward you immensely.

Response: Whoever invites to [the path of] Allaah, then he is a muballigh (one who conveys the message [of Islaam]), [as the hadeeth mentions]:

However, the Jamaa’ah at-Tableegh [originally] from India have many deviations. They have some aspects of bid’ah and shirk, so it is not permissible to go [out] with them, except for a person who has knowledge and goes [out] with them to disapprove of what they are upon and to teach them [the truth]. If, however, he goes (out) to follow and adhere to them, then no.

That is because they have deviations, mistakes and lack of knowledge. However, if there was a Jamaa’ah doing tableegh other than them, from the people of knowledge, then [it is permissible to] go out with them for daw’ah purposes.

If there was a person of knowledge who goes out with them to enlighten and guide them, along with teaching them such that they leave their falsehood and embrace the way of Ahlus-Sunnah wal-Jamaa’ah, [then that is good].