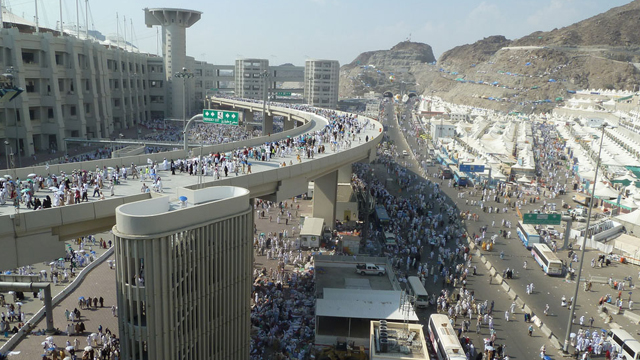 Question: If the pilgrim in the state of ihraam fears he will be unable to perform the rites [of hajj either] due to an illness or fear, then what should he do?

Response: [This being the case, then] when the pilgrim assumes the state of ihraam, he should say:

«And if I am prevented by an obstacle, then indeed my place is where You prevent me»

So if he fears anything may prevent him [from completing the rites of hajj] such as an illness, then it is from the Sunnah to pronounce this condition [at the time of assuming the ihraam] – as has been confirmed from the Prophet (sal-Allaahu ‘alayhi wa sallam) that he commanded Dhibaa’ah bint az-Zubayr ibn ‘Abdil-Muttalib with that when she complained to him [at the time of assuming the ihraam for hajj] that she was ill.