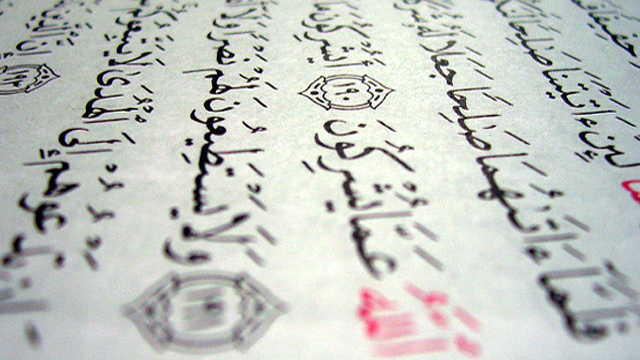 Question: Sometimes I find inconsistencies between prophetic ahaadeeth, [it appears] quite possibly [that] some of them contradict one another; So what is the opinion (advice) of your eminence regarding this problem?

Response: Before we [begin to] resolve this particular problem, it is mandatory to understand that there are [absolutely] no inconsistencies or contradictions in the Book of Allaah, nor in the authentically reported Sunnah of the Messenger (‘alayhis-salaatu was-salaam); And nor so between the Book [of Allaah] and the [authentically reported] Sunnah. [It is necessary to understand] the following three points:

…this [presence of any of the aforementioned] is something which is [simply] impossible.

So if you find anything [in the Qur.aan or the authentic Sunnah] which suggests there is a contradiction, then this is due to a lack of knowledge on your part, or a lack of understanding, or some evil intention you may have [in insisting on the presence of some contradiction] and that you really are not interested in the truth, rather, just want to gather all the texts which are mutashaabih in order to create doubt and confusion for yourself and others. So, in the main, [we find] he who [is obstinate and] has this intention – then Allaah does not open [his chest and mind to the truth]. And it is necessary that this principle always remains in your mind, so if you come across something difficult [to comprehend], then suffice with saying ‘Allaah [alone] has the Complete knowledge [of all affairs]’.

As for the ahaadeeth which you mentioned, then we say: Certainly, this hadeeth of Ibn Mas’ood «…until there is between him and Paradise only an arms length» – then what is intended by this is his actions have brought him to this stage, until [the distance of] only an arm’s length [remains between him and Paradise]; That is because if his actions were truly [from] the actions of the people of Paradise.