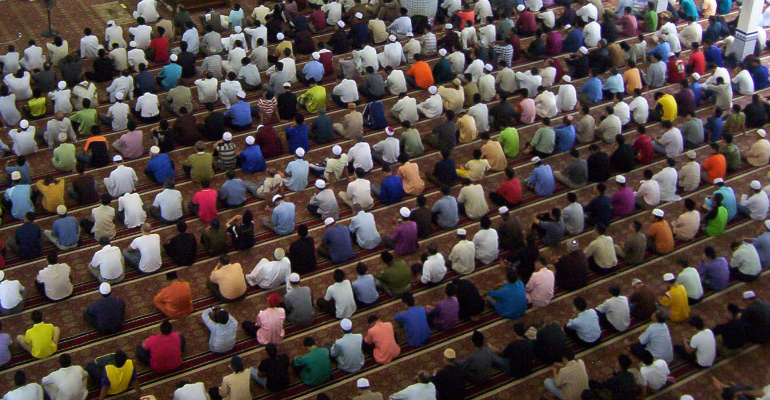 I do not know of a hadeeth which is so immense in reward, and [yet] little in action than the [following] hadeeth:

«Whoever has a bath [or shower] on the day of Jumu’ah, and then sets off [for the masjid] early and arrives [there] early – walking, and not taking [any mode of] transport, and sits close to the imaam (khateeb) and listens [attentively] and remains quiet, then for every step he took from his house to the masjid there is a reward for him [amounting to] a year of good deeds; the reward of fasting [all of] its days and standing [all of] its nights in prayer.»