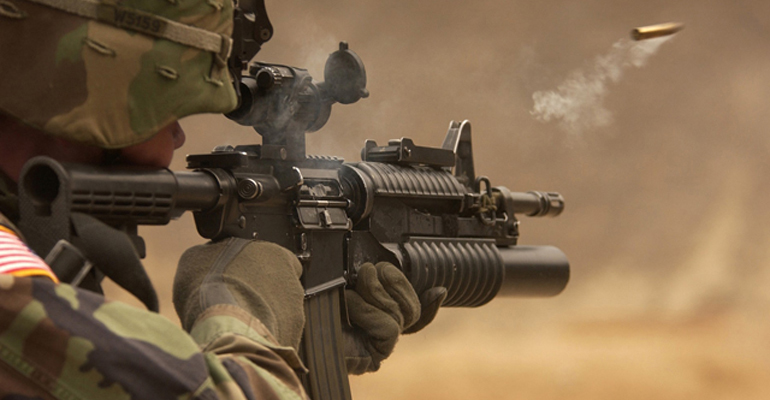 “One of the fallouts from extremism in understanding Islaam is that some people call for jihaad for the sake of God without justification,” Sheikh Abdul Aziz said.

“These people raise the banner of jihaad to draw the young into their ranks and not to fight for God,” he added.

Militants like Al-Qaeda leader Osama Bin Laden have often called for jihaad against countries they consider “infidel” such as the United States, urging his followers to target Western interests in Saudi Arabia and abroad.

Other militants have also used Islaam as a rallying cry, justifying attacks by saying they are doing God’s will.

“Young Muslims must try and better themselves and their country but not through violence, because Islaam is not a violent religion, it is a merciful religion,” he said.

“A Muslim must understand his religion. It is the duty of the young and the whole Muslim world to know that violence is not a way to achieve reform,” Al-Sheikh said.

The grand mufti emphasized that the struggle against a perceived evil should not lead to a greater evil.

“The Prophet (peace be upon him) told us to combat evil. But there is a general rule to look at both advantages and disadvantages. And if fighting an evil leads to a greater one, then that fight is forbidden,” he said.

The grand mufti said one of the reasons some people attacked and frightened others was ignorance.

“Ignorance is a killer disease because a person thinks that he is right when he is wrong,” he said and stressed the importance of right guidance. “One of the reasons also is mistrust of our scholars. It is people’s duty to trust their scholars and leaders,” he said.

Last week, the Kingdom’s highest Islaamic authority denounced terror attacks in the Kingdom, describing them as “serious criminal acts,” and pledged its full support for the government.

“Acts of sabotage such as bombings, murder and destruction of property are serious criminal acts and an aggression against innocent people… which warrant severe and deterrent punishment,” the Council of Senior Islaamic Scholars said in a statement.

The 17-member council, headed by the grand mufti, declared its support for the actions being taken by the state to track down terrorists in an effort to shield the country from their actions.

The Islaamic body had called on the Saudi people to “stand behind the country’s leadership and their scholars,” at these difficult times in the fight against “evildoers.”

The statement dubbed “misguided and ignorant” those who claim that terrorism was part of jihaad, or holy war. It said people who provide shelter to suspected militants were committing a “grave sin.”