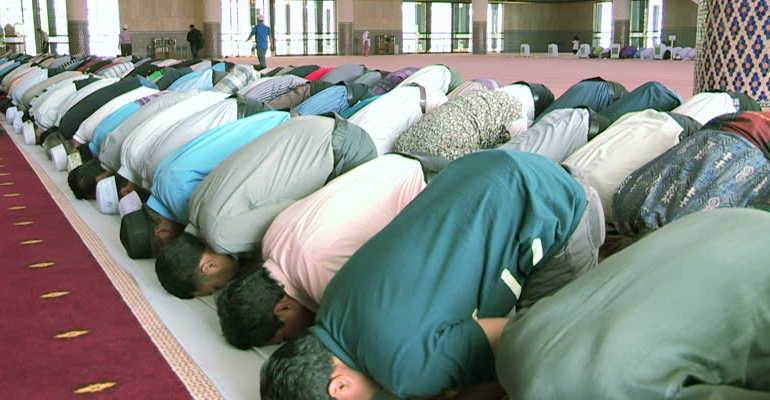 Question: Whilst studying abroad, a man abandoned the prayer for a number of years, and he [also] stopped fasting for three years. When he returned back [home] to his country, he repented [to Allaah]; so should he make up the prayers and fasts [he has missed]?

Response: He is not required to make up the missed prayers and fasts, however, he must repent to Allaah (Subhaanahu wa Ta’aala) and increase in worship, such as [engaging in] prayer, remembrance, charity, fasting, hajj and ‘umrah – since [as is well known] good deeds wipe away the sins.

And it is befitting for people to [understand and] consider this principle; [that is], every act of worship which is bound by time cannot be made up later if it was intentionally missed without a legally acceptable reason, and if he did make it up, it will not be accepted from him. This is based upon the statement of the Prophet ﷺ:

«Whoever does an act which is not in agreement with us (Allaah and His Messenger) then it will be rejected», [transmitted by Muslim]

And from that which is known regarding an act of worship which is bound by time, is that whoever delays it beyond its time, and then does it after its time has passed, then [in doing so] he has done an act which is not in agreement with the command of Allaah and His Messenger, and therefore it is rejected. And in this case, there is no benefit for him in making up this [intentionally missed] act of worship, rather he is required to [sincerely] repent to Allaah (‘Azza wa Jall) and return to [worshiping] Him [alone], and Allaah forgives those who [sincerely] repent to Him.