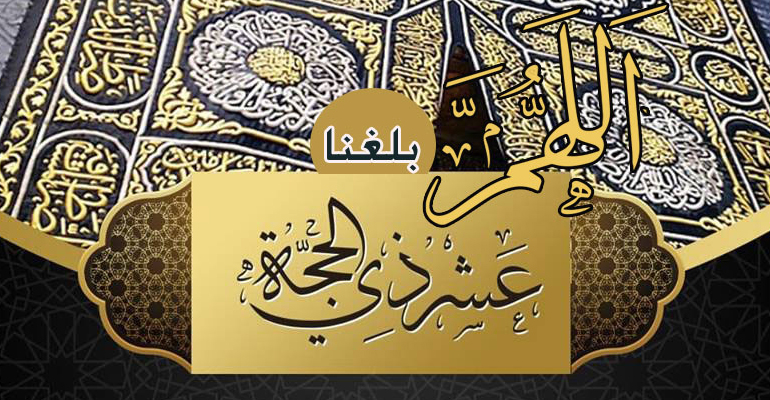 Question: In [a few] days, we will be welcoming [the arrival of] the ten days of Dhul-Hijjah, so what is your advice for everyone to take advantage of them? I ask you to explain their excellence and the deeds which are recommended during them?

[As for] the deeds [recommended] during them, [then] the Messenger of Allaah ﷺ said about [the deeds]:

«There are no days during which righteous deeds are better and more beloved to Allaah than these ten days» [i.e. the first ten days of Dhul- Hijjah.]

They said: “Not even jihaad for the sake of Allaah?”

He said: «Not even Jihad for the sake of Allaah, unless a man goes out himself with his wealth, and does not return with anything.» [i.e. he expends all his wealth and is martyred.] – al-Bukhaaree, Abu Daawood and Ibn Maajah.

So based upon this [then], I encourage my Muslim brethren to take advantage of this great opportunity and increase in [doing] righteous deeds during these ten days of Dhul-Hijjah, such as reading the Qur.aan, and the various types of dhikr – from the takbeer (الله أكبر), the tahleel (لا إله إلا الله), the tahmeed (الحمد لله), and the tasbeeh (سبحان الله), and sadaqah, and fasting, and [generally] exerting oneself in all righteous deeds during them.

And what is strange is that the people are ignorant of [the excellence of] these ten [days]!

You find them during the [last] ten [nights] of Ramadhaan exerting themselves in [righteous] deeds or not? Exerting themselves! And yet during the ten [days] of Dhul-Hijjah you barely find anyone who differentiates between them and other days [with an increase in doing righteous deeds].

And if a person does righteous deeds during these ten days, then by doing so he has revived what the Prophet ﷺ instructed [us] with of righteous deeds.

As for those on behalf of whom he is offering the udh.hiyah sacrifice, then there is no harm in them [doing so].

Rather, he who is required [to do so] is who? …who? The one offering the udh.hiyah sacrifice, [namely] the father (head of the household).

As for the hadeeth, then the Prophet ﷺ said:

«…and any one of you [who] wants to offer a sacrifice, [then] let him not remove anything from his hair, skin and nails.»

So he has directed the instruction to the one who wants to offer the udh.hiyah sacrifice.

However, if someone said if the one who wishes to offer the udh.hiyah sacrifice travels for hajj, and plans to perform ‘umrah and [thereafter] cut his hair – bearing in mind he has already instructed his family [back home] to offer the udh.hiyah sacrifice, then we say there is no harm in this, because cutting the hair [upon completing the] ‘umrah is a rite, and is imperative that it be done.

And likewise there is no harm in cutting the hair or shaving the head during hajj, even if he does not know whether his family [back home] have offered the udh.hiyah sacrifice or not.