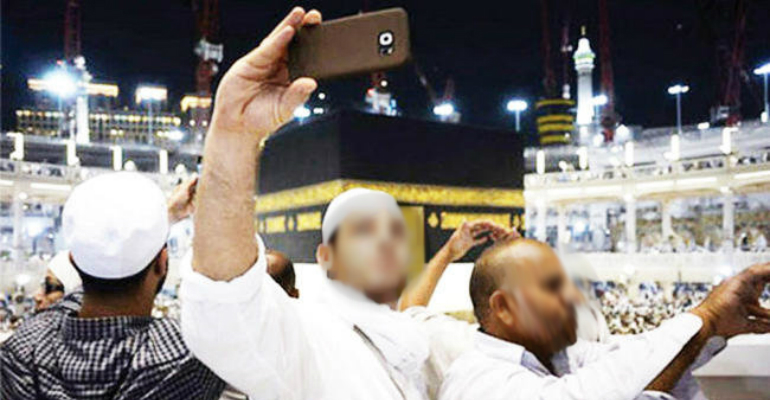 The General Presidency for the Affairs of the Grand Mosque and the Prophet’s Mosque urged worshippers and pilgrims not to get carried away with taking photos or selfies inside Makkah’s Grand Mosque. Those who are interested in photography are requested to get an official permit.

Mashhour Al-Mun’emi, the assistant under deputy for Grand Mosque services, told Arab News that the presidency urged worshippers to concentrate on performing their rituals rather than taking photographs.

Atiah Al-Youssefi, professor of Islamic Law, said that the aim of banning photography at the Grand Mosque was to stop wasting time looking for the perfect angle for a better photograph or video, which could bother other worshippers and disturb the performance of their rituals.

This was especially true, he added, while the preparation of Zamzam well was underway. Al-Youssefi noted that pausing at the starting point of tawaf (circling the Kaaba) could confuse and hinder the movement of other worshippers.

Akram Jan, a crowd management specialist, said that crowd movement was greatly affected by photography due to pausing and trying to get pictures from all directions. Jan added that the dynamic of movement was important to ensure that moving happened simultaneously. The stumbling of any worshipper might cause a stampede, which was dangerous for the safety of everyone.

The Ministry of Hajj and Umrah has issued a circular to all Hajj and Umrah offices to raise the awareness of pilgrims about the importance of complying with the instructions banning photography at the Two Holy Mosques.