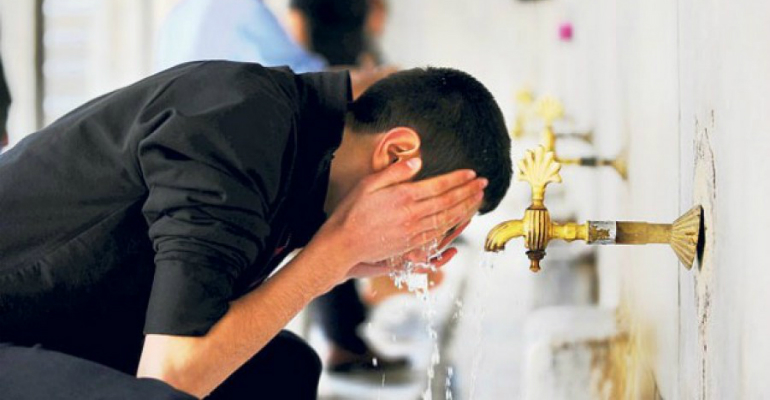 Question: He asks about the ruling regarding shaking hands with women, and whether it is prohibited, and whether shaking their hands nullifies the wudhoo?