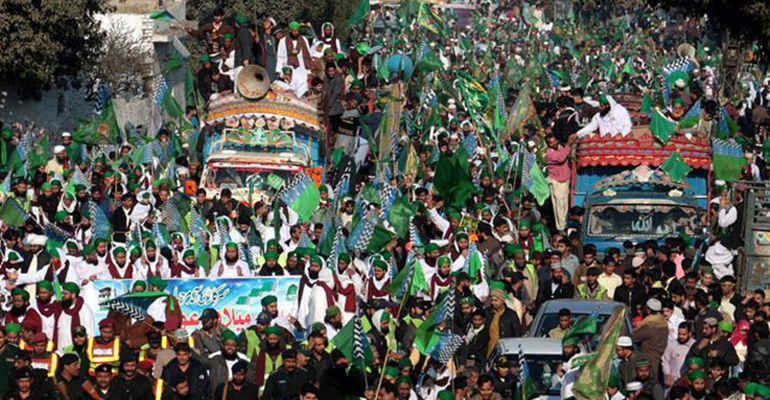 Question: When did the innovation of [celebrating] the birthday [of the Prophet ﷺ] appear Shaykh Muhammad?

Response: [It first appeared] in the 4th century [after the hijrah]; meaning, the [first] three virtuous centuries had passed and no-one had established it (i.e. the celebration of the Prophet’s ﷺ birthday).

And many books have been authored on this [topic], and all Praise is due to Allaah [alone, these books] clarify the origin of this innovation, and its foundation, and its position in terms of the Sharee’ah, and that there is no basis for it in the Sharee’ah of Allaah.