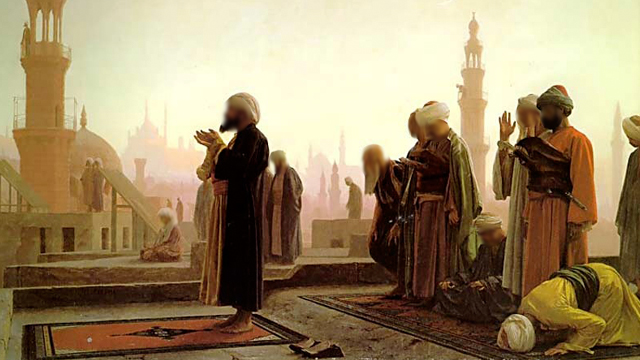 Question: What is your overall opinion regarding the books of Sayyid Qutb and Hasan al-Bannaa?[1]

Response: The books of the authors, Hasan al-Bannaa and Sayyid Qutb, are those which stir the hearts, and there is no harm for those well-versed in knowledge and who know [and understand] the ‘aqeedah of Ahlus-Sunnah to read them.

As for the ignorant one [who lacks sound knowledge], then he should leave this distraction as they (the authors) both say:

So when did the Salafi da’wah become one with the Soofi da’wah? Because the Soofi’s [in one of their poems] say:

And the dog and the pig is nothing other than our deity[2],

nor is Allaah other than a monk in a church

…whilst the Salafis [are those who] adhere to the path of the Prophet (sal-Allaahu ‘alayhi wa sallam) and the Companions; They declare the Soofis to be innovators and some from amongst them (go as far as to) declare them to be upon disbelief (kufr), [just as] as-San’aanee in his poem declares Ibn ‘Arabi[3] to be the most disbelieving (?) of mankind.

And likewise, Shaykh al-Islaam Ibn Taymiyyah, among others from the scholars of the Salaf[4], clarified what the Soofis are upon [in terms of their beliefs and practices], so don’t offer us any contradictions O Hasan al-Bannaa!

Translator’s Note:
[1] This translation is only part of a longer fatwa issued by the Shaykh.
[2] Worthy of worship.
[3] He was Muhammad ibn ‘Ali ibn Muhammad al-Taa’i al-Andalusi (died 1240AD), and should not be mistaken for the famous scholar of Maaliki jurisprudence Ibn al-‘Arabi (died 1148AD).
[4] Taqi ad-Deen al-Faasi mentions in “‘Aqeedah Ibn ‘Arabi wa Hayaatuhu”:

Page 39: “Ibn Hajar said: Some confusing words of Ibn ‘Arabi were mentioned to our master Shaykh al-Islaam Siraaj ad-Deen al-Balqeeni, and he was asked about Ibn ‘Arabi. Our Shaykh al-Balqeeni said: He is a disbeliever.”

Page 41: “Ibn Khaldoon said: Among these Soofis are: Ibn ‘Arabi, Ibn Saba’een, Ibn Barrajaan and their followers who follow their path and their religion. They have many books in circulation that are filled with blatant kufr and repugnant bid’ahs, trying to interpret clear texts in very far-fetched and repugnant ways, such that the reader is astounded that anyone could attribute such things to Islaam.”

Page 55: “As-Subki said: These later Soofis, such as Ibn ‘Arabi and his followers, are misguided and ignorant and beyond the pale of Islaam; Those among them who have knowledge are even worse.”