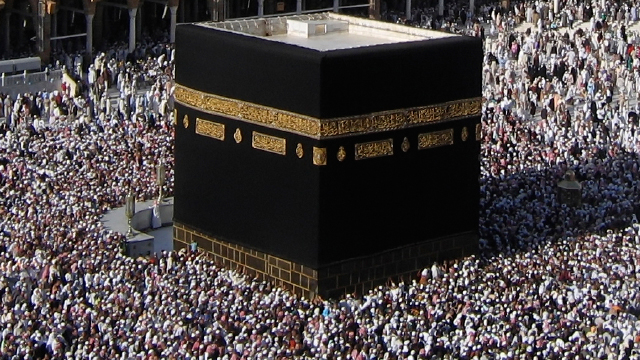 And from amongst the evidences [cited by] the majority [of the scholars], is that the Prophet (sal-Allaahu ‘alayhi wa sallam) would pray, whilst the people were performing the tawaaf [around the Ka’bah] in front of him.