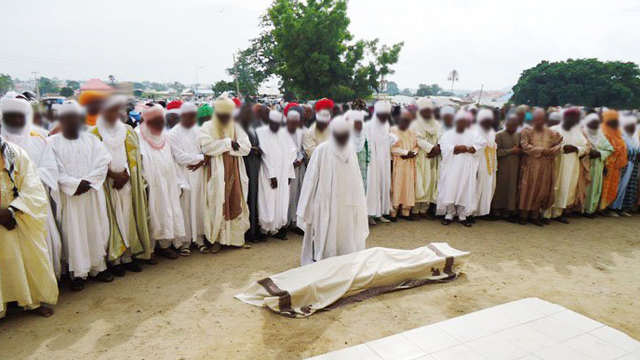 Reference: al-Bukhaaree in at-Taareekh, Ibn Maajah, Ahmad and others. It is a hasan hadeeth as indicated by Shaykh al-Albaanee in Silsilah al-Ahaadeeth as-Saheehah.

On the authority of al-Baraa ibn ‘Aazib (radhi-yAllaahu ‘anhu) who said: While we were with the Messenger of Allaah (sal-Allaahu ‘alayhi wa sallam), he suddenly looked towards a group (of people) and said:

For what reason have they gathered here?

It was said: In order to dig a grave.

O my brothers! Prepare for a day like this.