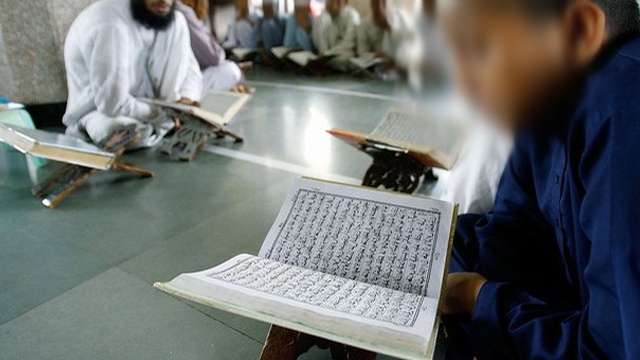 Question: Which of the two is better for the student of knowledge when he starts out seeking knowledge – memorising the Book of Allaah (‘Azza wa Jall) or merely reciting it

Response: That which is better for the student of knowledge is to memorise the Book of Allaah, because it is the most beneficial book, so he should start by memorising the Qur.aan.

However, if he is able to memorise the Qur.aan in addition to memorising what he is easily able to from the Prophetic hadeeth texts, then that is better; Likewise, attending the knowledge gatherings of the scholars.

If however, he says, I am unable; I can either memorise the Qur.aan or sit with the scholars. We say: Start with [memorising] the Qur.aan as that is the basis [for all knowledge].