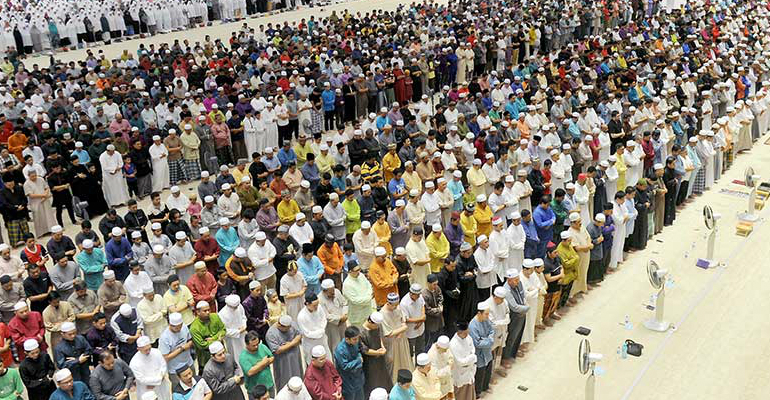 Question: What has the taraaweeh [تراويح] prayer been named as such; what is the origin behind it?

Response: It is said that it has been named as such because they were resting [يرتاحون] after [praying] every two rak’ahs – due to their long [period of] standing [in prayer].

And its origin is the act of the Prophet ﷺ when he prayed [the night prayer] with the people on the first day, and [again] on the second day. So when the masjid became full [with the worshippers having amassed in congregation] – on the third day he did not [leave home to] go out [to the masjid] out of fear for them that it (the night prayer) may be made obligatory upon them.

So when he ﷺ died, [it was] ‘Umar ibn al-Khattaab (radhi-yAllaahu ‘anhu) [who then] gathered them all [in congregation for this prayer during Ramadhaan] behind one imaam.