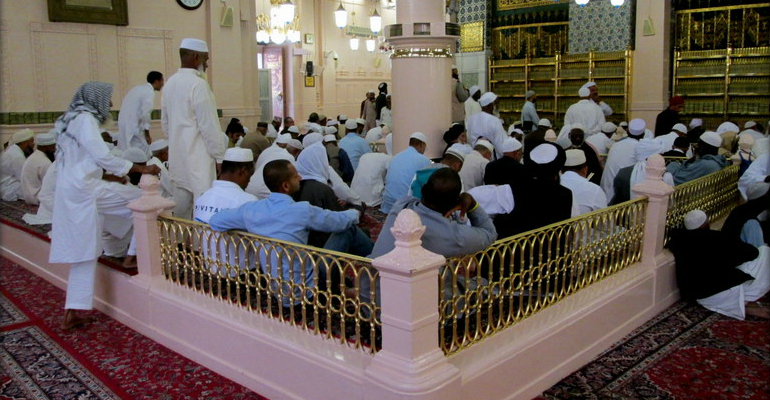 Response: As for the As.haab as-Suffah, then they are those who migrated from Makkah to Madeenah. They were very poor and unable to find shelter, so they would come to this bench (suffah) which is inside the masjid of the Prophet ﷺ, where they would live, surviving on whatever the people gave them. And these particular individuals are not known, and nor are they of any specific number, rather their number would increase and decrease since when one of them would leave, another would come along, and so on.