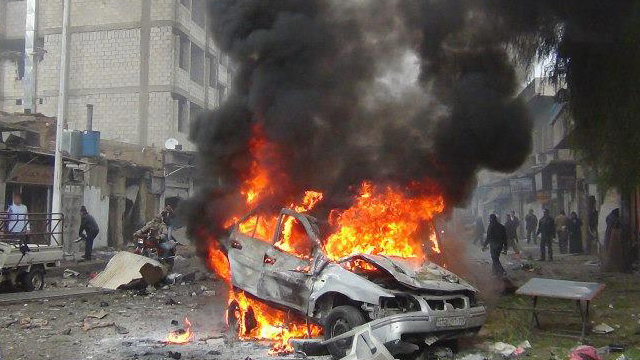 Question: The occurrence of much trials and tribulations, as well as [serious] incidents and jealousy has been noted during these times – so is this from the signs of the Last Hour?

Response: Without a doubt; [the occurrence of] trials and tribulations are from the signs of the Last Hour – and there is no might nor power except with Allaah.

So the Muslim is required to ask Allaah for protection from the trials and tribulations; and when they occur, then he should not take part in them. Rather, he should distance himself from them and [instead] occupy himself with worship; and [engaging oneself in] worship during the period of pandemonium is equivalent to making hijrah to the Messenger of Allaah ﷺ – as has been related in the hadeeth. [So] he should engage in worship, and not enter into and take part in the trials and tribulations – [rather] he should distance himself from them. And when the Prophet ﷺ mentioned to Hudhayfah about what was going on of the trials and tribulations, and the callers to it – callers to the gates of Hell, he said: ‘What do you command me with if I should encounter that O Messenger of Allaah?’ [And] he said:

«That you hold firm to the jamaa’ah of the Muslims and their imaam».

And this is from the greatest of that which protects [one] from the trials and tribulations – that the Muslim aligns himself to the jamaa’ah of the Muslims and the imaam of the Muslims. [So] he said: ‘What if they have no Jamaa’ah and no Imaam?’ And he said:

«Then stay away from all of those groups even if you must bite on to the trunk of a tree until death overtakes you while you are in that state».