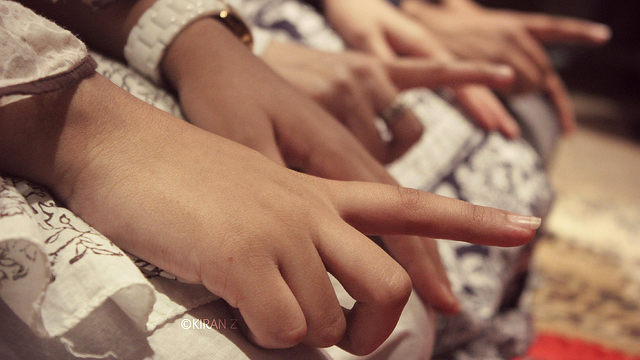 Question: When should the [index] finger be moved during the tashahhud?

Response: [With respect to] the Sunnah, then no hadeeth exists stipulating it (the index finger) be raised [specifically]* when «أشهد أن لا إله إلا الله» is uttered.

[Therefore] because of that, the hadeeth of Waa.il ibn Hajar[1] remains safe from any contradicting hadeeth; Bearing in mind, those who hold this* opinion, do so based upon [mere] conjecture, ijtihaad and istinbaat.

And that which there is no doubt about, is that the guiding and structured principles of the scholars [dictate] there is no ijtihaad in the presence of [the] authentic text [of the Qur.aan and the Sunnah].

So, there [we have] the hadeeth of Waa.il [which] describes his (sal-Allaahu ‘alayhi wa sallam)’s moving of his [index] finger from the beginning of his [tashahhud] sitting [right through] until his tasleem; [In conclusion therefore], it is not permissible to contradict this plain and clear Sunnah with any istinbaat.