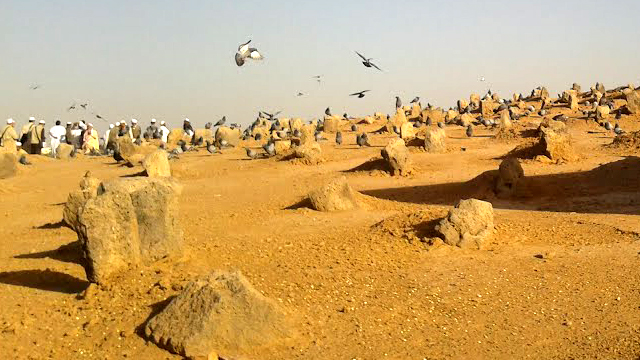 Question: My mother died when I was in my infancy, and now I visit her in the graveyard; Is that permissible for me [to do]? And what supplication is it [that I make to Allaah and its benefit] will reach her, and what reward will [Allaah permit to] reach her?

Response: You have erred [ by going to the graveyard], as it is prohibited; The Prophet ﷺ said:

«Allaah has cursed the female visitors to the graves»

So you have erred by visiting the grave of your mother, because you did not ask the people of knowledge [about it before going].

Suffice yourself with doing that which [has been legislated to] be done on behalf of the dead and the gifting [of its reward] to them. For example, charity – that you give in charity on behalf of your mother and make intention the reward of this charity reaches her; that you increase in supplication [to Allaah] to be merciful towards her and forgive her; and that you perform hajj and ‘umrah on her behalf. So these are the acts which have been mentioned in the ahaadeeth and as such are legislated to be done, and their reward to be gifted to the deceased – and that which is other than these acts are not to be gifted to the dead, as Allaah Ta’aala said:

{And that man can have nothing but what he does (good or bad)}, soorah an-Najm, aayah 39