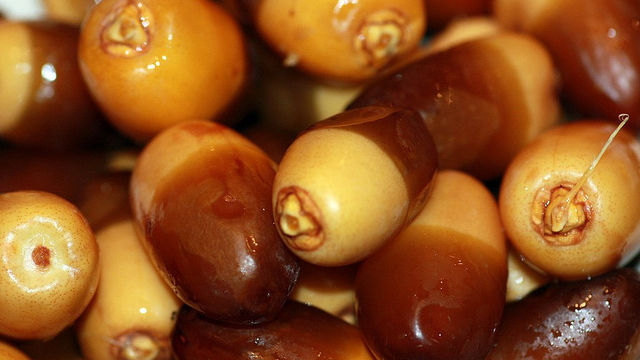 Question: After a man had gone to sleep [one night], the sighting of the moon for the start of Ramadhaan was [officially] announced; [This being the case] he had not made the intention that night to fast [the following day] and [as such] he woke up in the morning and did not fast [that day] since he was unaware of the [official announcement of the] sighting of the moon. So what is obligatory upon him now?

Response: This man, who slept the first night of Ramadhaan before the confirmation of the sighting of the moon [was officially announced], and [therefore] did not make the intention that night to fast [the following day], then woke up and discovered after Fajr that today is [the first day of] Ramadhaan; Then once he has discovered [it is Ramadhaan] he is promptly required to abstain [by assuming the conditions of the fasting person]. [Additionally], and in accordance with the majority of the people of knowledge – he is also required to make up the fast for this day [once Ramadhaan is complete]. As far as I am aware, no-one but Shaykh al-Islaam Ibn Taymiyyah (rahima-hullaah) holds an opposing view to this. He said:

Certainly, the intention is in accordance with the knowledge; and this person [as in the aforementioned scenario] was unaware [Ramadhaan had begun] and is therefore excused. He had not neglected to make the intention that night after having knowledge [of the beginning of Ramadhaan], rather, he was unaware, and the unaware person is excused.

So, based upon this, if he promptly abstains [by assuming the conditions of the fasting person] from the moment he discovered it was Ramadhaan, then his fast is valid and he is not required to make up the fast for this day.

As for the majority of the people of knowledge, they say he is required to promptly abstain [by assuming the conditions of the fasting person] in addition to making up the fast for thus day. The justified their view by suggesting part of the day had passed without [him having made the] intention; However, in my view, as a precautionary measure, he should make up the fast for this day.