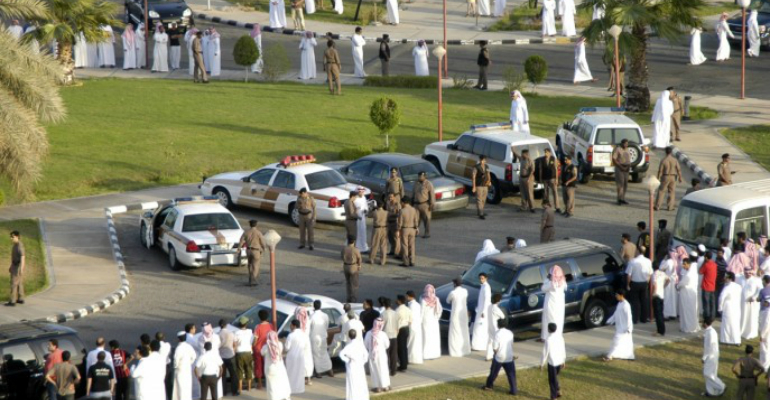 The gruesome act committed in Riyadh by twin brothers linked to Daesh (the so-called IS) shows the intensity of brainwashing of children by the terror outfit so much so that they don’t even hesitate to kill their own family members, said Sheikh Abdulaziz Al-Asheikh, grand mufti and chairman of the Council of Senior Scholars.

On Friday, police arrested twin brothers Khaled Al-Arini and Saleh Al-Arini for killing their mother and inflicting critical stab wounds on their father and brother in the Hamra neighborhood of Riyadh.

The culprits first enticed their mother, aged 67, to the storeroom of their house and fatally stabbed her multiple times. The suspects then approached their father Ibrahim Al-Arini, aged 73, and stabbed him multiple times before heading to their brother Suleiman Al-Arini, aged 22. The father and brother of the twins are currently in critical condition in the intensive care unit of a local hospital.

“The twin brothers are misled by Daesh which incites killing even Muslim relatives after labeling them as infidels. This incident shows that Daesh militants have totally deviated from the right path and have nothing to do with Islam,” the Grand Mufti said in remarks to Al-Watan newspaper.

“In the early period of Islam, the relatives of Muslims were not followers of their faith. Similar was the case with most of the prophets such as Noah, Lut, and Prophet Muhammad,” he said.

Al-Asheikh, who is also head of the Permanent Committee for Scientific Research and Ifta, noted that Prophet Muhammad (peace be upon him) did not order the killing of his uncle because of his defiance and refusal to embrace Islam.

“The prophets who came before him did not kill their relatives because of their infidelity. However, these Daesh terrorists came with a false ideology that allows the killing of Muslim relatives after labeling them as infidels.”

The grand mufti also highlighted the dignified position of parents in Islam.

“The Holy Qur’an and the Tradition of the Prophet highlighted the significance of respecting and serving parents as the obligatory duty of every Muslim and it comes next to worshiping Almighty Allah,” he said.