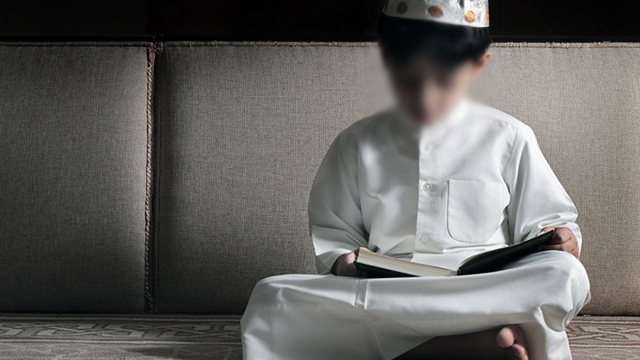 Question: If a small child is unable to do the tawaaf by himself, is it permissible to carry him and perform the tawaaf? And is the small child liable for any penalties if he misses any of the [prescribed] requirements of the hajj?

Response: Since it is permissible for a small child to assume the state of ihraam, the guardian of the child then assumes complete responsibility for him. So he is required to clothe him as well as tie his ihraam and make the intention for the hajj on his behalf; [Likewise], utter the talbiyyah on his behalf as well as holding his hand whilst performing the tawaaf and the sa’ee.

If, however, the child is unable, then there is no harm in carrying him; And in doing so, the correct opinion is for the guardian to perform the tawaaf [of seven circuits] only once – which will suffice both himself and the carried child.

[Whilst in the state of ihraam], if the small child were to do anything prohibited out of ignorance – such as wearing [stitched] clothing or covering his head, then there is no penalty required of him since he did not intend this. If, however, he did so intentionally, such as in the case of wearing [stitched] clothing due to cold weather or the like, then his guardian is required to pay the penalty on his behalf.