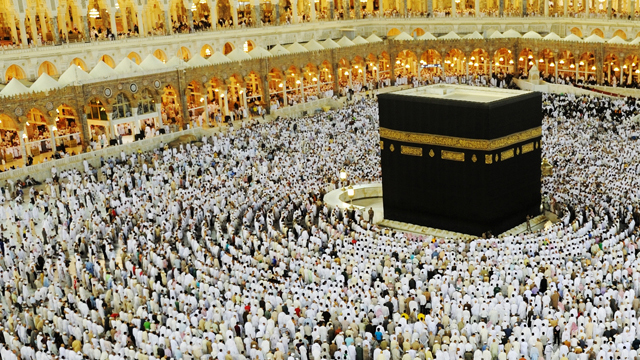 The immolation of a Jordanian pilot by the Islamic State group has brought a unified outcry from top religious scholars across the Muslim world.

Shaikh Saud Al-Shuraim, imam and khateeb at Makkah’s Grand Mosque, criticized the savagery faced by captured pilot Maaz Al-Kasaasbeh at the hands of the terrorists of the Islamic State group.

He said there are chapters in the Hadith books of Al-Nasai and Al-Baihaqi on the ban on burning a polytheist after he is defeated. “If it is the right accorded by Islam to a disbeliever and polytheist not to be burned alive when captured, then, a Muslim has a greater right not to be burned or tortured,” the Imam said.

He pointed out that the flaw Muslims these days is the corruption of religious values, while the real knowledge is missing. “Only a man steeped in knowledge and wisdom can bring about any kind of reform.”

Al-Shuraim said: “No other human has suffered from his own people the kind of persecution, physical and mental torture and humiliation as Prophet Muhammad (sal-Allaahu ‘alayhi wa sallam).”

He highlighted the compassion of the Last Prophet who, once being subjected to the worst kind of oppression by the people of Makkah, asked the Angel Gabriel to forgive them.

He said some Muslims have drifted too far away from the values advocated by the Prophet of Mercy. “In the Holy Qur’an, Almighty Allaah comm anded the Muslims to emulate the Prophet, by saying: “You have indeed in the Messenger of Allaah a beautiful pattern (of conduct) for any one whose hope is in Allaah and the Final Day, and who engages much in the praise of Allaah”, said the imam.

“Caliph Abu Bakr ordered his soldiers, when they went to fight in other countries, not to kill old men, small children, women, sick people or priests,” the imam said stressing the real values of Islam.