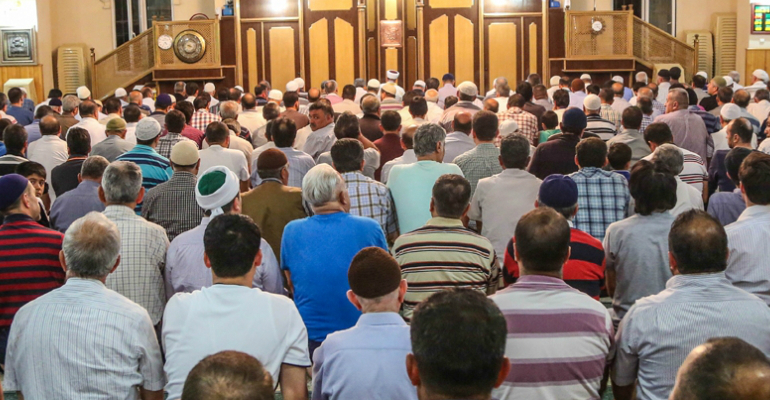 Question: I am a youth of 16 years of age, and my father forbids me from praying [the congregational prayer] in the masjid, as well as the jumu’ah prayer. [And to be honest] if he was able to forbid me from praying [at all] he would, but he knows the Sharee’ah ruling regarding this matter. However, at the same time, he tries to discourage me from [holding firm to] the [upright] path that I am upon, and [instead he encourages me to follow] the path of immorality – so should I obey him?

So based upon that, it is not permissible for you to abandon the [prayer in] congregation because your father has forbidden you. So you must exert yourself in joining the congregation [in prayer] as well as the jumu’ah as much as you are able. That said, your father has a right over you, and it is that you advise him, and guide him [to the truth], and that you gift him some beneficial books which he can read, and perhaps Allaah will guide him back to the path of righteousness and firmness upon the truth – because that in itself is from the greatest acts [you can do] to honour your father.