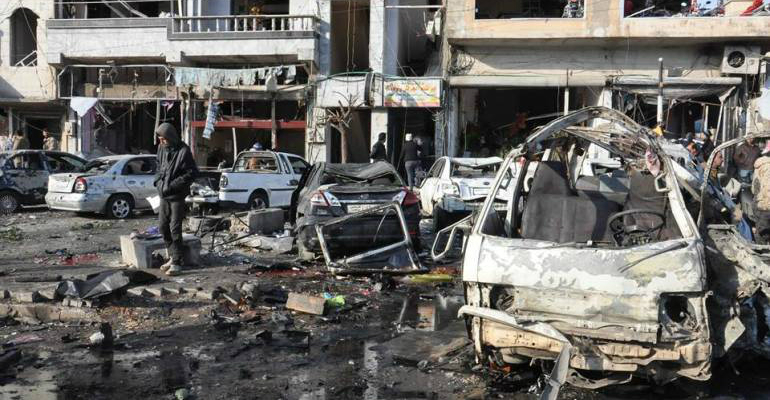 Saudi Crown Prince Mohammed bin Naif, deputy premier and minister of interior, has been awarded a CIA honor in recognition of his efforts to fight terrorism.

The crown prince was awarded the “George Tenet” medal by CIA Director Mike Pompeo, who arrived to Riyadh late Friday.

It was granted in recognition of distinguished intelligence work in the fight against terrorism and the crown prince’s contributions toward security and peace.

In a statement issued on the occasion, the crown prince said the award represents international recognition of the Kingdom’s anti terrorism efforts under the directives of King Salman.

He also recognized the efforts of the brave Saudi men and women of the different security agencies and the cooperation of the Saudi public in addressing the terror epidemic.

“The Kingdom has been keen to combat terrorism based on its conviction that terrorism has no identity and no religion, and from its belief that the terrorists are committing these acts stemming from their deviant ideologies and evil thought. All negative religious, political and social ideologies that use religion as a tool throughout human history, do not reflect the absolute truth about religion,” the crown prince said.

He stressed that Saudi Arabia will spare no efforts in fighting terrorism, adding that the Kingdom has succeeded in thwarting several terror plots including some targeting other friendly countries.

“Combating terrorism requires a joint international effort at all levels; financially, intellectually, militarily and through the media. This should be coordinated and conducted in accordance with the UN’s covenants and laws including particularly the principle of sovereign equality,” he said.

Commenting on Saudi-US ties, the crown prince described them as “strong and historic,” adding that the two sides will not allow anything or anyone to come between them or cause damage to those ties.