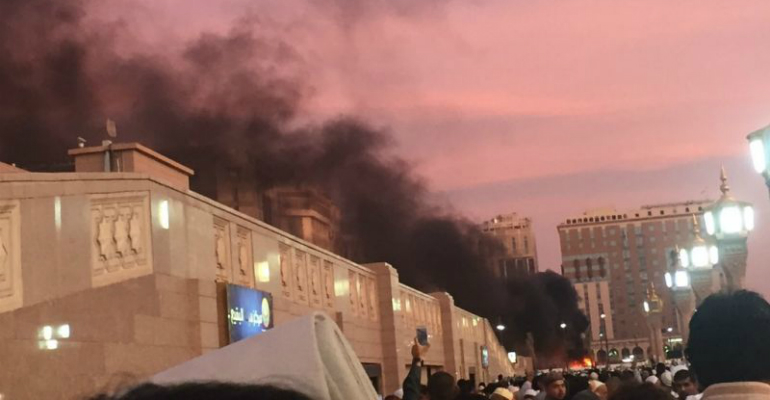 The Council of Senior Scholars has vehemently condemned Monday’s bombings and sent out a clear message to terrorists: “You failed and lost.”

Challenging the troublemakers, the council tweeted: “Wherever you try, you will find us united under one flag. Praise be to God Almighty who saved His worshippers.”

Denouncing the brutal act of terror, the council tweeted a Hadith (sayings of Prophet Muhammad, peace be upon him) condemning perpetrators of such acts: “Whoever kills himself or others by any means will be punished on the Day of Judgement.”

Reacting to bombings in Jeddah, Qatif and Madinah, Khalid Al-Falih, minister of energy, industry and mineral resources, said these terrorist acts “would only solidify our resolve to defeat attempts to undermine our national unity.”

Ahmad Abu Elghait, Arab League secretary-general, said the bombings, which targeted Saudi security, are another proof that terrorism has no religion, stressing that those behind the attacks had no respect for the holy month or the holy place.

“What else, when the holy city is not free from a terror attack?”

The timing of the attacks on the occasion of Eid Al-Fitr, also raises suspicion of involvement of a foreign hand, he said.

“The destabilizing behavior of Iran to disturb peace in the region and its threats strengthen doubts about its plot to fan sectarianism in the Kingdom,” he said.

He also alluded to Iranian generals threatening the Kingdom with consequences. “Their cells are operating now using handlers from Daesh,” he said.

Majed Abdullah Alhedayan, a senior columnist and a legal consultant at the Riyadh Chamber of Commerce and Industry, said: “I condemn the suicide attacks in strongest terms.”

Speaking to Arab News, he said: “The perpetrators of these crimes have not even spared Madinah, one of the two holiest places in Islam. They cannot be Muslim. They are just inhuman.”

United against the scourge of terrorism, a wide cross-section of Saudi society unanimously condemned the terrorist violence.

Mohamed Alkhunaizi, a senior member of the Shoura Council, told Arab News: “We condemn all types of terrorism, be it in our country or in any other part of the world, as terrorism is contrary to the teachings of Islam.”

Abdullah Inayat, co-founder and media relations director at the W7 communications, described the crime as deeply disturbing, and said terrorist attacks are strictly prohibited in Islam and contradict its values.

“This terrorist act targeting innocent people during the last days of Ramadan while the Muslim Ummah is getting ready for Eid Al-Fitr cannot be committed by Muslims,” he said, adding that people committing such abominable acts have total disregard for human life.

Abdullah Zeyad, a student, said: “One after another, terrorists strike in big cities worldwide, and now suicide explosions in Madinah and Jeddah are deeply disturbing. It is cruel and inhuman to kill anybody. Perpetrators of terrorism have no religion.”

Qari Ziyaad Patel, 36, from Johannesburg, South Africa, was at the Prophet’s Mosque when he heard a blast just as the call to sunset prayers was ending and people were breaking their fast. Many at first thought it was the sound of traditional, celebratory cannon fire, but then he felt the ground shake.

He says “the vibrations were very strong… it sounded like a building imploded.”

Earlier, a Qatif resident told AP that the bomber detonated his suicide vest Monday evening when most residents of the neighborhood were at home breaking the fast.

The US Embassy in Saudi Arabia confirmed there were no casualties or injuries among the consular staff. The embassy said it remains in contact with Saudi authorities as they investigate the attack.