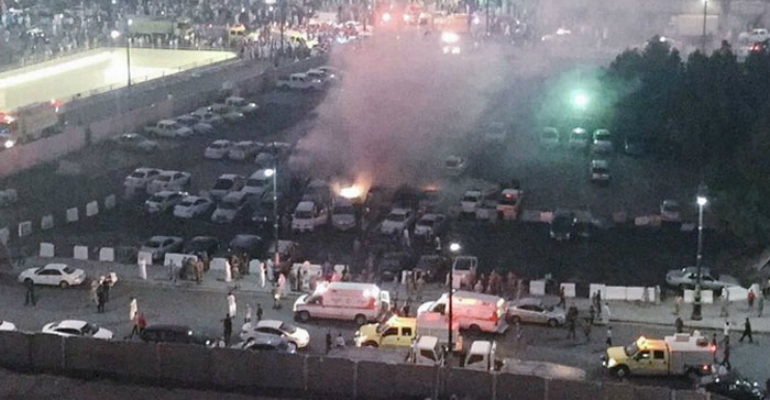 The Council of Senior Ulema stressed that the botched terrorist incidents that targeted locations in Jeddah and Al-Qatif and then the Haram Al-Nabawi confirm that these people who have deviated from religion and digressed from the consensus of Muslims and their leader have exceeded all sanctities.

“They have no respect for any sanctity and they have no religion or conscience,” a statement from the council said.

The Council of Senior Ulema said citizens and expatriates are considered to be security men, so they should report anything or any person they feel is acting suspiciously immediately.

During the calls, they expressed their condemnation of the despicable terrorist acts that took place in the Kingdom.

On his own behalf and on behalf of the imams, khutaba, religious scholars and sheikhs of the two holy mosques, the General President for the Affairs of the Two Holy Mosques Sheikh Dr. Abdulrahman Al-Sudais condemned the painful incidents and ugly criminal acts that occurred near the Prophet’s Mosque, close to a mosque in Al-Qatif and in a car park in Jeddah.

He said that such criminal acts expose the security of the country of the two holy mosques to violation and chaos. He called on the youth of the Muslim Ummah to follow the teachings of the Holy Qur’an and the Prophet’s Sunnah, according to the understanding of the forefathers of the Ummah. They should keep away from extremism.

The Council of Muslim Wise Men strongly condemned the two terrorist blasts that took place near the Haram Al-Nabawi and a mosque in Al-Qatif in the eastern part of the Kingdom, resulting in the martyrdom of four security personnel and injury of several others.

In a statement, the Chairman of the council and Sheikh of Al-Azhar asked what religion or what morals are causing such people to blow themselves up and kill innocent people.

Bahrain, Qatar, Kuwait, the UAE, Oman and Egypt strongly condemned the terrorist acts that took place in Madinah and the terrorist blast in Al-Qatif.

The Secretary General of the Arab League Ahmed Abul Ghait strongly denounced the terrorist acts in Madinah and Al-Qatif.