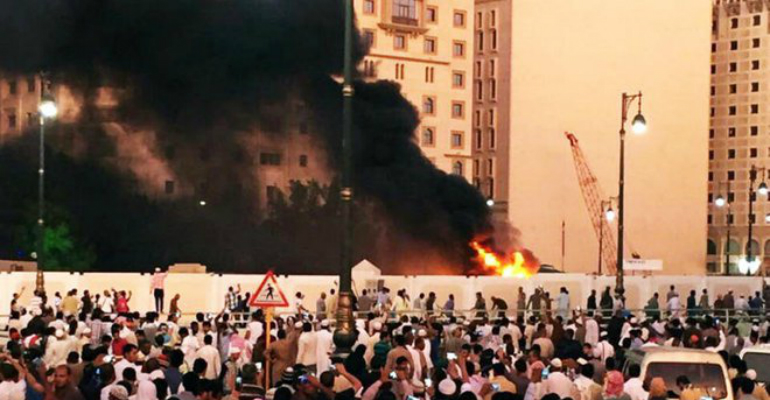 “These terrorist and heinous acts and treacherous incidents are a deception by the enemies of Islam who have made the Muslim countries a field to show their experiments, especially in the land of the Two Holy Mosques and during the holy month of Ramadan,” he said.

He appreciated efforts of the security men in thwarting such criminal acts, which were aimed to terrorize citizens, residents, visitors, and Umrah performers.

For his part, Speaker of the Shoura Council Dr. Abdullah bin Mohammed bin Ibrahim Al-Asheikh, said the suicidal attack near the Prophet’s Mosque is considered a precedent in corruption on earth and came to reveal this stray and corrupt group, and their dirty war against Islam and Muslims. They have never cared about the sanctity of time and place.

In Madinah, the imam of the Prophet’s Mosque and judge at the Appeal Court, Sheikh Salah bin Mohammed Al-Bidair, said anyone who approaches the Prophet’s Mosque wielding a sword, carrying a weapon, or wearing an explosive belt, with the intention to kill worshipers and guards and terrorize worshipers, is an infidel, and has only sold himself to the enemies of Islam and betrayed his religion, citizens and the homeland.

He said the man who blew himself up near the Prophet’s Mosque is only a tool in the hands of the kharijites (outlaws) of this era, renegades from Islam and are a tool in the hands of Zionists, Jews, and the pagans, who are all enemies of Islam, Sunnis, the curse of Allah, angels and all people be on them or those give them shelter.