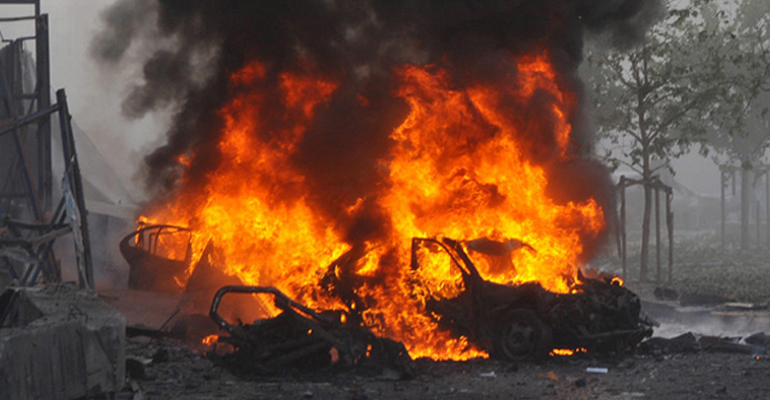 Custodian of the Two Holy Mosques King Salman performed Eid prayers at the Grand Mosque alongside a hundreds of thousands of worshipers.

The imam of the Grand Mosque, Sheikh Saleh bin Abdullah bin Humaid, delivered a sermon about responsibility, which, he said, can be expressed through diligence, honesty, accountability, moderation and seriousness.

A successful person is one that assumes responsibility for his acts, is reliable, achieves things and works for the good of the nation, not for narrow self-interest, he said, adding that irrespective of one’s position or job, one has to give his best.

Leaders, he added, have double responsibility: For their jobs and for their subordinates. The imam also talked about the need for constructive, knowledgeable criticism that comes from a feeling of responsibility and that offers solutions.

It is easy to criticize, but one has to be aware that often people criticize situations that they themselves contributed to creating, and that is a sign of weakness, negativity, failure and irresponsibility.

He said this is the time of all sorts of media and easy communication, and because of that, it is also the time when one needs to show great responsibility and accountability.

Over 1 million worshipers said their Eid prayers at the Prophet’s Mosque in Madinah. Gov. Prince Faisal bin Salman was one of them.

Worshipers were led by Imam Abdulbari Al-Thubaiti who expressed thanks to the God Almighty for having enabled worshipers to fast and worship Him during the holy month.

He also enjoined Muslims to listen to the Holy Qur’an, to purify their hearts and souls. He said the serenity and spirituality of the holy month was unfortunately shattered by the ugly crimes that aimed to disrupt the peace of the people. The imam prayed for the souls of the martyrs who were killed in the Madinah explosion, and said terrorism has become a global issue that cannot be blamed on one nation or one religion. “It is an evil that gets the youth in its clutches, a danger that should be stopped and eliminated.”

This country, he said, is the epitome of goodness and benevolence and its people will face the danger posed by terrorists because of their strong faith and determination to face anyone who tries to disturb their peace and security.

Events such as those witnessed recently by Saudi Arabia can only be countered through education and awareness, he said.