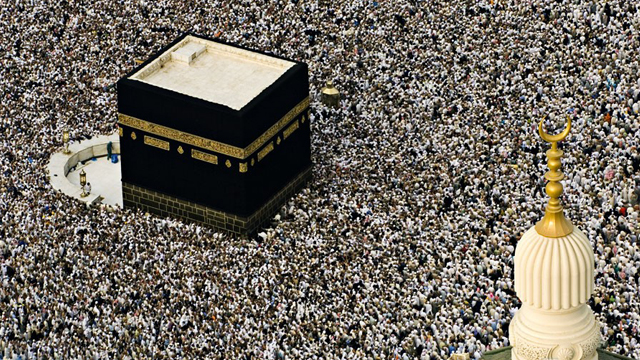 Question: One of the brothers broke wind whilst [performing] tawaaf, and he was [later] compelled to pray [the obligatory salaah] whilst he was performing sa’ee [between as-safaa and al-marwaa] because he wasn’t able to get to water [to make wudhoo]; so what is the ruling regarding his tawaaf, sa’ee and salaah.

Response: He is required to repeat [all of] these; [so] he must repeat his tawaaf – if his tawaaf was the tawaaf of ‘umrah, and shave his head or cut [his hair] short in order to complete his ‘umrah. [In addition] he must repeat [his obligatory] salaah. However, if he was performing the qiraan or the ifraad hajj, then his [performance of the] tawaaf would be a sunnah, and is not obligatory; so if [his tawaaf is] nullified, then there is no harm because it is a sunnah, and not a requirement from the rites of hajj. However, [if he is performing the tamattu’ hajj] he is required to repeat [the performance of] the sa’ee because [the performance of] the sa’ee is not correct until after the tawaaf has correctly been performed, because his tawaaf was incorrect[ly performed].